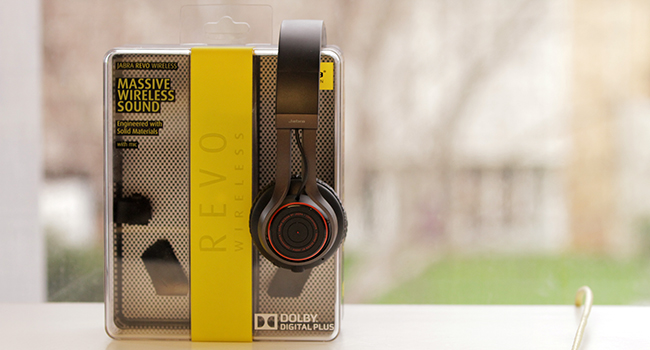 There are a lot of things I hate in life, but wireless headphones aren’t one of them. So when I got the Jabra Revo Wireless in the mail, I was happy. Not “here’s free 100MB broadband for life” happy, but happy nonetheless. Wires absolutely suck and the Revo Wireless not only cut the cord on cables, but introduce a gesture-based volume control which essentially cuts all connections to the music player. I can’t ask for anything more than that.

Well, I can ask for Dolby Digital Plus headphones which the Revo Wireless also happens to be. Pity they’re so expensive. But beauty comes at a price and in this case it’s US$249. Whatever, here’s why you should own them.

I’ve used some top-range wireless headphones like Razer’s Chimera 5.1 which were “nice” but bulky. They were also way cheaper than the Revo Wireless. Yet for comfort, I doubt any wireless over-the-skull headset could fare better. Over-priced nonsense like the good Doctor Dre’s Beats range become sweaty and uncomfortable for my hearing holes. Now Jabra makes some comfy shit. The headphone cushions are made of premium leather that’s as soft and cuddly as a new-born calf. The fact that it doesn’t engulf my ears is a plus and the headband hugs my head like a happy squid. The Revo Wireless also folds. On both sides of the headband are latches that let me fold the headphones into a tightly packed bundle. It’s a cool bonus for an otherwise (and extremely well-built) sound device. The Revo Wireless should even fit melon-shaped head people, as the speakers can adjust to a length that is comfy for most. I worry about the little wire that hangs out though but so far, nothing has seemingly caught it. So how do they sound? In a word, excellent.

Sound’s a touchy subject and I’m no expert in the field, I just know what sounds good. And what sounds bad. Those taxi drivers who thunder past Burn HQ at 100 kilometers an hour, pumping and blaring their awful rap, that sounds bad to me. Ducks flying overhead, gently quacking as they vanish into the tangerine horizon, that sounds good to me. So the Revo Wireless, in my amateur opinion, sounds great.

Dolby Digital Plus makes the Revo Wireless sound special and it’s built into a lot of devices, but it’s most at home as it tunefully pumps crystal-clear music into my ears. There are a lot of tests you can run to tightly assess the aural qualities of the headphones, but I only needed to do two: one was to play a bass-heavy song, the other was to play classical music.

Bass is something that destroys most inferior speakers, causing the sound to actually rattle or scratch at a high volume. With volume maxed-out on the Revo Wireless, sound was distortion-free.

Classical music requires a top-end pair of speakers or headphones to get match the crispness this medium requires. I chose Bach, mostly because I have a Clockwork Orange obsession. Not to boast but I’ve never heard the great master’s music sound this defined.

Understanding and appreciating music takes time, and it’s hard to assess headphones without having to compare them to a wide range of competitors, but I’ve used various music devices for decades now and the Revo Wireless delivers, period. I’ve never enjoyed music this much before. For gaming, the headphones also excel. While they won’t block out all sound, the headphones will tightly lock you into your own personal space. What more can you ask for?

If you are using the headphones with a smartphone then I highly recommend that you download the free Jabra music app. I don’t know how, but it turns the sound all the way up to 11 once the app is installed. I think it’s magic, but I can’t be sure at this point.

The Revo Wireless was built with our smartphones in mind. Bluetooth 3.0 and NFC paring was a breeze. I can’t remember which technology paired with my headphones first, but it happened almost out of the box. It was a matter of holding the pairing button to the left and allowing my PC and Android to install the headphones. Truly simple stuff. To charge the headphones (battery life is 12-hours or so), just plug the microUSB cable into the headphones and then into the USB port of the PC, wall socket, whatever. My favourite trick is volume control. Instead of adjusting it on the PC, you just rotate your finger around the earpad of the right-hand speaker. It’s very intuitive and just plain cool to do. To advance to another track, double tap the right-hand speaker on the left or right to go forwards/backwards. To pause, click the center dial in of the earpad. It works beautifully and makes me question why no one has done this before.

Wireless music is honestly a game-changer. Cords suck — there are just too many of them. All I need to eliminate somehow is my power cable and I have a cord-free PC. It’s my own private fight against clutter and the Revo Wireless makes me proud to be part of this tech revolution.

Verdict: Jabra’s Revo Wireless headphones are simply the best I’ve yet to use. For US$250, you’re getting a slice of the future. I get no wires, distortion free sound that is rich, deep and crisp all at once and level of comfort that I haven’t found in other devices. Yes, the price is an issue but some headphones retail for over US$1 000 and most likely only sound half as good as these. Compact, stylish, lustful, future-proof headphones. What more do you need to hear? 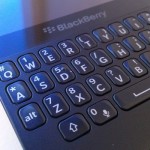