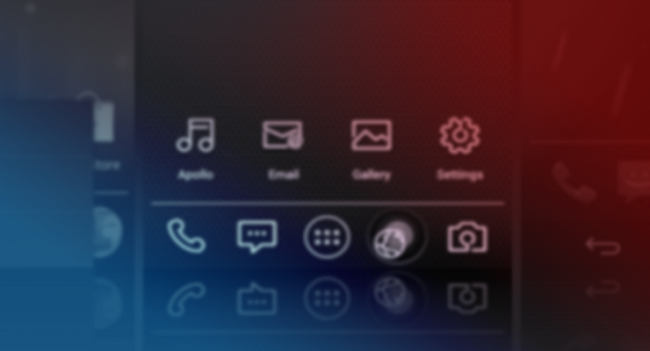 As you well know, I am a fan of tinkering and experimenting on all of my devices, and of all the devices I’ve owned, my Nexus 4 has afforded me the most time on stock, by some distance. I used it with a locked bootloader (which I unlocked worryingly without it wiping my device), no root, no nothing, just as Google intended. And it was good, very good in fact, but it was less secure and little too restrictive for my liking, so as expected, I took the plunge and had a look at some custom ROMs.

To my surprise there was a stable build of CyanogenMod! Now, in the world of CyanogenMod, stable releases are about as elusive as black rhinos in the wild. Odds are, you’ve probably never seen one, and if you have, it’s probably about once a year that these nuggets are released. Now please take note that this is not a criticism of the CyanogenMod team at all, I’m merely highlighting the fact that good things come to those who wait. I’ve been using the stable build of CyanogenMod for a little more than two weeks and here are my impressions.

Firstly, the stable build I originally flashed was version 10.1.0, but only two weeks later that got bumped to 10.1.1 and the following day to 10.1.2. This might seem unnecessary and silly to most, however, the last two updates both patched security flaws that are still very much exposed in most Android devices. This is the part where I tell you that you don’t have to worry about the security vulnerabilities you’ve been reading about; just make sure you don’t install apps that aren’t from the Play Store and you will safe.

So now that CyanogenMod is more secure and feature-packed than stock/vanilla Android, is it really worth voiding your warranty for?

Yup, you better believe it.

From added security to more Butter than I’ve ever experienced in any CyanogenMod build, I am very impressed by where CyanogenMod currently is. It always used to act a little funny on my other devices, but as with anything I’ve thrown at my Nexus 4 (or Mako as it’s known in the AOSP world) it’s reacted like stock would.

I will add in here that post flashing CyanogenMod, you need to flash a “Google Apps” package to enable Google services on your opensource device. These apps aren’t included, because they’re not opensource and CyanogenMod only includes opensource software in propriety builds from what I understand. I’ve taken to flashing the Paranoid Android Gapps, just because they install them as system apps, exactly the way it is from the factory images released by Google.

The result of that is an open source, AOSP device, with Google propriety apps and services, like Photosphere and Picasa sync included. Result! The usual goodies are included in the CyanogenMod builds, from notification area toggles, to the old faithful profiles, device settings and of course more customization than I can list here without boring your socks off.

Some nice features of CyanogenMod include a baked-in file manager (with optional root capabilities), music player (Apollo) and of course the turbo charged messaging app to replace the stock Google one. The messaging app alone is incredibly popular on the forums, because it brings lots of 4.2 functionality to a rather mediocre messaging app included in stock ROMs. Quick reply, delete, mark as read from the notification drop down or popup and a host of other functions beef it up nicely, this is one of the areas I expect Google to make large strides when 4.3 finally drops.

CyanogenMod, as installed on the widely popular S3 (via Jay Lin)

CyanogenMod is a fantastic alternative to stock Android, it’s the biggest third-party aftermarket software for Android for a reason. I have never really enjoyed it until now, it should be said, as I prefer minimalist ROMs like Rasbeanjelly, not just because of the functionality I need and use, but I like the fact that it looks different to stock Android. CyanogenMod is to the AOSP what Touchwizz and Sense are to Android.

It adds an additional layer of functionality to the barebones AOSP source code and the benefits of it far outweigh the cons. As far as battery life goes, I’ve not noticed an improvement, or decline, to be honest, but I’ve taken to checking out the latest nightlies (the bleeding edge of Android development as they contain some new and possibly broken features that only the brave need apply to) and my phone still makes it through the day, easily.

CyanogenMod gives you more options than you could ever need, even root is optional, which I think is great. If security is your concern and you have a Nexus, I highly recommend CyanogenMod 10.1.2. I can’t vouch for it on anything besides a Nexus device, but check out the threads and support forums to gauge how stable or borked it is, chances are you will be pleasantly surprised. 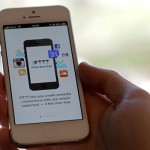