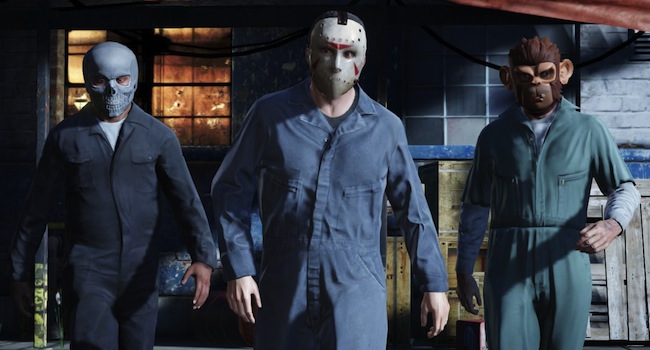 Do you fancy roaming a massive sandbox and getting up to mischief with your friends at your side? With Grand Theft Auto Online, you can.

It picks up right where the single player trailer ended, depicting a sumptuous fighter jet arcing through the late-afternoon sky. The same narrator takes you by the hand and leads you the through the footage, imparting — albeit in broad brush strokes — information, and teasing a great deal more.

Not content to merely serve up a juicy story for the solo gamer, Rockstar has built a world that accommodates persistent online interaction. And it’s a world where “what you choose to do…is up to you.”

The narrator promises that it will be a “continually expanding world” too, one that Rockstar will tend to over time and update with new missions and diversions to undertake. So what are some of the options open to you? The trailer is quick to lead you down the buffet table.

First up, we see two men testing their might against one another in an arm wrestle. Next, a motorcyclist decides to channel his inner Evil Knievil as he rides over the edge of a cliff… and proceeds to abort the vehicle in favour of a parachute, as the camera pans to reveal dozens of other daredevils similarly ‘chuted, each and every one floating towards the picturesque land below. Next, we’re in more accustomed Grand Theft Auto territory as a player smashes a car window with his elbow and drives off in a mock Enzo.

But on a larger scale, the trailer reveals it’s possible to band together in a crew and perform “heists” in the vein of the single player story. As with the the main campaign, online play is all about making money; the allure of the dollar bill is never far off. Indeed, you might fancy a game of golf, dressed head-to-toe in your best chequered threads. Or, for the more urban street hustler type, you might prefer baggy jeans and a freshly cut set of cornrows.

What becomes evident as the trailer rolls on is that your avatar will  become an extension of your own real-world persona, and in a world populated by real people,  the way you dress and the money you flaunt can make a real impression on those around you. For instance, if you have cash to splash, why not buy a lavish apartment and entertain your friends? Much like the real world, money becomes a symbol of status and not merely something you accrue for successfully completing missions. There’s also a nod towards the staples of online gaming found in other titles. The narrator teases the option of competing in “classic online modes” like deathmatch and, we assume, capture the flag. Best of all, we’re promised Rockstar will be developing content all the time, but you’re also at a liberty to create your own stuff too, like designing races and deathmatch maps using Rockstar’s “content creator”.

Interestingly, the trailer reveals a number of computer-controlled NPCs that populate the world; characters that offer missions and flavour the experience with their own distinct personalities. Until we play the game, we don’t know whether these characters will cross-over from the single player story into the multiplayer, but our guess is that they will, and by that token, it will be fun to come across familiar faces you’ve spied in a different capacity before.

The trailer leaves you with the sense that Rockstar has developed the multiplayer to be a quite different beast from the main game itself. They didn’t need to include an online component, but they have. Why? To give the player the opportunity to explore the world without rules. There’s the real sense that Los Santos and the surrounding Californian countryside can be explored with reckless abandon.

What with the wealth of content proffered by the multiplayer trailer, it seems inconceivable this is being bundled alongside a single player story of eye-watering scale. In the end, V looks like just the game we wanted: an experience overflowing with sardonic humour, picturesque sights and a seemingly never-ending array of things to do.

In the end, 17 September may very well be the day we forget what the real outside world looks like as we embrace the fictional version Rockstar is offering. But for that we should be glad, because the king is coming back to our homes. 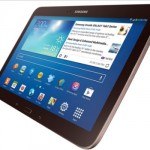