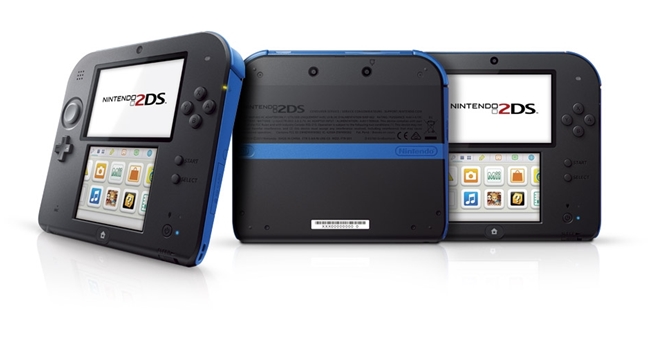 Youths, says Nintendo, is who the new 3D-less 2DS is aimed at. Ages seven and up apparently. Announced earlier today, the all new, US$129 (R1300) Nintendo 2DS was announced and launches 12 October, the same day as Pokemon X and Y, as IGN points out. Now, opinions are meant to be reserved in a news story, but it’s hard to hold back on this silly piece of tech. Here’s why the Nintendo 2DS is the biggest mistake of the year, for Nintendo.

“Imagine a standard 3DS laid all the way flat, and with the depth slider all the way down.” were the words of Nintendo president Reggie Fils-Aime. It’s like Nintendo re-releasing the Wii without motion controls. The killer aspect of the 3DS is gone, replaced by an unimaginative rehash. We like 3D, and Nintendo released the first ever handheld console with glasses-free 3D. Nintendo’s 3DS sales have always been stellar, we thing that it’s just looking to recoup some money it lost after poor Wii U sales.

Seriously. The 3DS is only US$40 more than the 2DS. If you’re going to buy this thing, chances are that you either have the 3DS already and need to appease your nagging kids, or have spent US$40 on a Walking Dead Blu-Ray box set. If it was US$100, then we’d have a fight on our hands, but the price is too close for comfort.

We’re laughing here, because we just read that the two screens you’re looking at which are supposed to be two separate displays (like in the 3DS) are one single screen, with a physical overlay that emulates the separate screens of the 3DS clam-shell design. Nintendo is emulating itself. If the 2DS was less thick and chunky, it would actually be a very appealing device. We imagine an iPad Mini-like 2DS – ultra-thin and just as desirable – unfortunately it looks like a Fisher Price kids toy.

The 2DS has the exact same specs as the 3DS, minus the 3D. Other differences include a mono speaker, but you can plug-in headphones to get stereo sound. Also, WiFi has to be turned off in the 2DS’ software now, there’s no toggle like in the 3DS. Other then that, it’s identical to a system that was released 26 February 2011.

“We’ve always been thinking about, ‘how do we approach that as one target? And that certainly helped spur the idea of the Nintendo 2DS. Let’s have the consumer have access to all of these great games – Mario Kart 7, Animal Crossing – but do it in a 2D capability with a device that has a dramatically lower price point. That’s just an example of how we’re always thinking about, ‘how do we get more people playing games? How do we get more people playing Nintendo games?” said Fils-Aime.

This demonstrates the biggest issue of all with the 2DS: Nintendo’s thinking for you and thinks that this is exactly what you need right now. Never mind that the 2DS is ugly, and ignore the fact that it’s too expensive for what it’s worth. The 2DS is an indication that Nintendo is desperate to claw onto its primary market, namely kids. What has Nintendo done so wrong that its main market no longer wants to play its games? And why does it think that a dumbed-down version of the 3DS is the way forward?

You can get it in blue or red from 12 October in North America, Europe and Australia. But don’t. 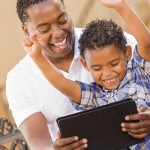