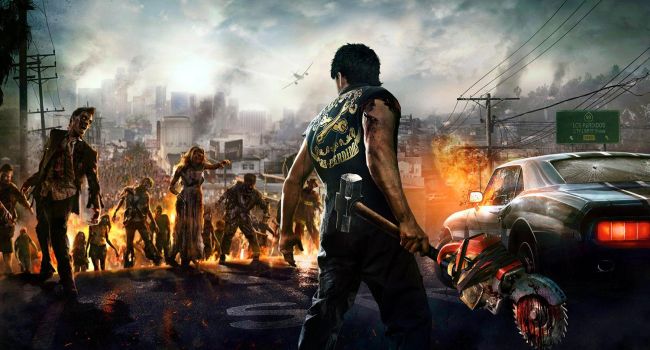 There are a handful of events every year where gaming journalists the world over get to descend on a city for a few days to bring you information on all the latest unreleased games and tech. The first major event is E3, and the next is Gamescom in Germany.

As usual, game developers have us on the edge of our seat with tidbits of upcoming games — not only information, but previews of gameplay and features. This year is a particularly exciting one with the release of the next-gen PS4 and Xbox One on the horizon.

Each console has a list of launch titles, and this year there are some big names on that list. I’m going to take you through three spectacular titles that each showcase a different genre and feature, just to whet your appetite.

While I might not like the Dead Rising franchise in general, the major strength of this title has always been the creation of weapons, and Dead Rising 3 is pushing the envelope even harder. Sadly you’ll only be doing this if you own an Xbox One, as Capcom has confirmed that this will be an Xbox exclusive title, never making its way to either PS4 or PC.

The game will make use of both SmartGlass and Kinect functionality, with the Kinect integration in particular bringing a new level of interactivity to the game. Players can shout at zombies to distract them, but conversely any unintentional loud noises can trigger a zombie attack.

The game takes place ten years after Dead Rising 2 and you control an entirely new protagonist, Nick Ramos. The open world is substantially larger than Dead Rising or Dead Rising 2 and unlike those games there is no time limit and you can save pretty much anywhere as opposed to limited saves in the bathrooms.

As always, the primary feature of this game is the ability to craft weapons. Dead Rising 3 takes this a step further by removing the need for a workbench to do so, meaning you can craft weapons on the fly, making the entire process more dynamic.

Another impressive addition is the ability to create combo vehicles such as the one shown in the pretty darn awesome trailer, which combines a motorcycle and a steamroller. Each vehicle combo includes two seats in order to allow for cooperative gameplay. While exploring the world, you’ll also be able to find blueprints for new combo vehicles and weapons, meaning the potential for weapon and vehicle customization is almost endless.

Moving on from weapon creation to espionage…

Watch Dogs is probably one of the most anticipated next-gen games and it’s unveiling 2012. Player can hack into electronic systems to obtain information and this open-world game (every bloody game is open-world now) neatly incorporates action-adventure with stealth. Watch Dogs though is about warfare. Digital warfare.

One of the most debated topics in recent years has been the concept of privacy and the access of others to our personal information through the Internet. In Watch Dogs you must hack into a variety of electronic devices, and steal bank data from phones, the city’s central operating system to cause general chaos, and trigger malfunctions to distract characters in order to complete missions.

Not only do you play the part of a hacker, but you can gain information about civilians by means of an augmented reality feed, giving you information not just about their official profile, but on their health as well as possible behaviour patterns.

Watch Dogs also combines stealth with combat in the form of a third person shooter. It also seems that Ubisoft are rather fond of parkour, and have introduced the act of leaping from building to building into this game.

Now if you like what you see, you might be interested to learn that Ubisoft are taking this new IP a step further and have announced at Gamescom this year that there are plans for a feature film based on Watch Dogs. Ubisoft are partnering with Sony and New Regency for this, but already whispers are afoot arguing that perhaps Ubisoft is counting their chickens before they hatch.

I’ll be honest though, from what I’ve seen of Watch Dogs, the themes lend themselves perfectly to an action adventure movie, although I can’t help but think of the Bourne Identity.

Assassins Creed 4: Black Flag (Every console under the sun, this includes mobile versions)

And lastly, a franchise that has already produced a series of short films and also wouldn’t go amiss at the cinema, Assassins Creed is an epic saga akin to Game of Thrones in complexity.

The protagonist is Edward Kenway, father to Haytham Kenway from the previous game, a British privateer turned pirate.

Give me pirates over ninjas any day, which means I am insanely excited about this game, even if the Assassins Creed franchise does seem to be going on a bit.

Black Flag will continue the go anywhere, do anything feel of previous titles, as it opens up from much earlier on in the game, as opposed to ACIII which only revealed itself after the first act. This means far fewer restrictions on the player and a real opportunity to explore different aspects of the universe. The hunting system has also been retained, as well as the recruitment system, allowing Kenway to recruit crew members for his ship.

Speaking of which, you’ll also be able to command the Jackdaw , Kenway’s ship, which is also upgradeable throughout the game. With your spyglass, you’ll identify potential pirate targets such as ships with cargo, and islands that have animals to be hunted.

It’s not all pirates and looting however. Ok, maybe it is, but there is a modern-day equivalent as you engage in digital piracy and hack into Abstergo’s systems to uncover secrets about the company.

Multiplayer makes a return in this game, but sadly it’s only land-based. A pity, as I was really looking forward to making those scurvy swabs walk the plank.

Three awesome launch titles, three completely different genres and three reasons for why I’m going into hibernation at the end of this year. 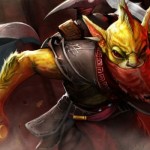