By Steven Norris: grumpy curmudgeon
Read nextThis is the BlackBerry Z30, not the A10 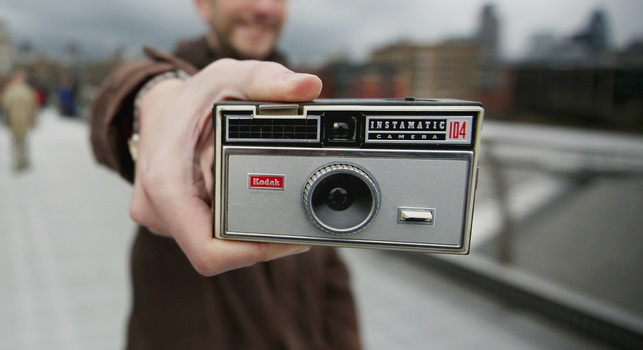 About three months ago, after years of waiting for the right time in our lives, my wife and I became the proud ‘parents’ of two Jack Russell puppies. Born on the same day and from a litter of three, Lily and Skipper are the most adorable little animals that I’ve ever seen, and this is immediately apparent if you look through camera roll on my iPhone.  Right now, out of the measly 16 gigs available to me on the device, just under 10 consists of pictures and videos of the little critters.

If you’ve ever had the wonderful experience of owning one of these tiny tan and white terriers, you’ll know that once they’ve reached an age where they’re comfortable enough to run on their short legs, their energy levels shoot through the roof and they rarely sit still. It is because of this fact that the pictures in my camera roll go from perfectly timed shots with great composition and lighting, to blurry shots of my once thriving garden, peppered with smudges of brown and white as they ignore my training commands to ‘sit’, ‘stay’ and ‘look at the camera dammit!’. Now, as I have a new obsession with recording moments from my personal life in an effort to create proper memories for the future (see my review of Day One), I was getting a bit annoyed with only being able to take decent pictures of my dogs after they passed out at night. The camera on the iPhone is great, don’t get me wrong, but it really is no match for the hyperactive nature of the Jack Russell terrier. Enough about my dogs, let’s get to the review.

The developer says that SnappyCam (albeit terribly named) is the fastest smartphone camera on earth, is capable of ultra-high-res photography at unbelievably high speeds and was developed out of frustration with inadequate camera apps. How it works is simple: point the smartphone’s camera at something that is moving, hold down the capture button and watch as the app takes up to 60 photos per second. After you’ve done that, head on over to the photos and choose the best looking pictures from the little film you’ve just created, and discard the rest. You can then export the shots you’re happy with to your camera roll, edit and post them with Instagram, or mail them to someone who’ll find them interesting. Simple enough to use, but advanced enough to make a difference.

So I tested it out on a lovely, sunny day over the weekend while out running with the dogs. First of all, and I have to be honest here, the app is really nothing to look at. The icon is as original as a photography app can be and the user interface is extremely simple. In saying that though, an app like SnappyCam will win users over with its functionality, not its styling, so hats off to the developer for focusing on the end product. What I like most about the app is the level of customisation that it allows. Now, I’m no photography expert and have no idea what the acronym DSLR even stands for but I found that after some tweaking of the settings, even I can take clear, awesome shots of my dogs pacing through the long grass at speeds unimaginable to us humans.

SnappyCam allows you to set the aspect ratio, field of view range, shutter mode and camera speed, so you can make sure you’ve got the right settings for whatever you’re trying to capture, be it a 24 hour timelapse from your bedroom window or the perfect shot of your dog catching a tennis ball in mid-air. The zoom function provides fast lossless digital zoom of up to 6x magnification and the large HUD camera controls are well placed so that they don’t get in the way.

In summary, after a long search for a camera app that could help me capture the high energy antics of my two dogs, SnappyCam has come to the rescue and saved the day. And for US$0.99, it really is cheaper than a cup of coffee. 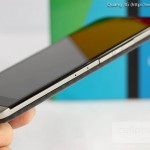