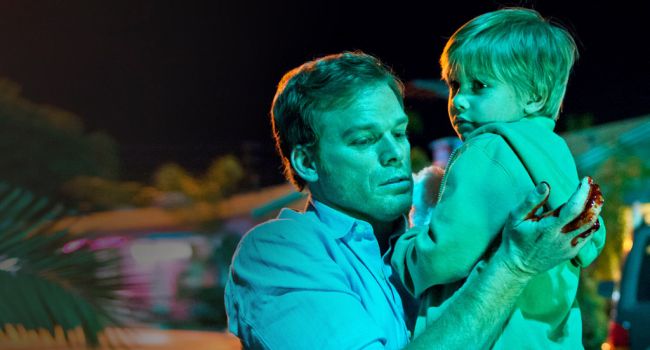 They’re interesting, exciting and you’d give anything to hang out with them. Pity none of them exist. TV is a writer’s medium, where characters can evolve over years as you get to know and love them. We walk away from most movies feeling disconnected to the lead characters but on TV they might as well be part of the family. So what gifts would you give to your favourite TV characters? Don’t know? We’ve decided for you and picked gifts for ten of the coolest cats on TV. This article is of course, filled with spoilers, so beware. Dexter’s coming to an end, but this serial killer with a heart of gold only needs one gadget in his arsenal, and that’s a Galaxy S4 Active. If this ginger menace had a better smartphone, then half of the issues in his life would be nullified. Need to quickly drown someone in a shallow pool? Better make sure your smartphone’s waterproof and the S4 Active is waterproof up until one metre. Want to take a picture of the crime scene for posterity (now that the blood slides are gone)? The 8MP camera will have you sorted. Harrison throws your phone into the sandpit? Good thing the S4 Active is dust and sand resistant. This is the life-proof phone for a life-stealing anti-hero. Walter White’s a bad man. He’s killed, he’s sold drugs and he’s denied Walt Jr. pancakes, twice. There’s one thing this drug baron can make use of though, and that’s a better GPS tracker. Walter has become the most paranoid man in Albuquerque and this tracker by GlobalSat will ease some of the bitterness in his soul. It has a built-in roof magnet and GPS patch antenna. Best of all, it works with Windows 7 computers. Even better(er), GlobalSat doesn’t need to be connected to the internet to work. Walt prefers to spend his time making blue crystal meth, not hassling with downloads. For the hungriest and geekiest lady on TV, I can’t think of anything more fitting than the Marshmallow Shooter. The description alone is mouth-watering: the magazine holds 20 rounds of sugary ammo. I can just imagine her firing this at her writing staff to stave off their nerd-zombie attacks. The gun also only costs US$20 (R200) which talks to Liz’s inner cheapness. Nick’s lucky. Somehow, he gets to date a smoking hot hipster girl, work minimum wage and still live in a four-bedroom apartment in LA. Most of us know that Nick works a dead-end job as a bartender and to ease the pain, I’d recommend the Shot Flask. It’s a flask and a shot glass in one. It’s hard to think of something more convenient than that for a bartender on the go. If Jess was looking to give Nick a gift, this “I love my geek” t-shirt would suit him just fine. It’s a pity that the next geeky gift has to be a replica only, because if it was real it would solve a hell of a lot of issues during the walker apocalypse. The Half-Life 2 Zero Point Energy Field Manipulator Replica is one of the coolest looking and most useless gifts ever, ever. If it was real, walkers could be flung around like rag dolls, ensuring the safe passage of human survivors. Still, Daryl could swing it over his poncho and bring the fear of God into the governor (“where does he get his toys from?”). Sloan’s a lot of things: hyper-intelligent, great at comebacks and overflowing with whatever the opposite of charm is. What she needs though, is something to take her mind off conquering the world and that’s this: The Useless Box. It’s one of the smartest wastes of time ever conceived – flip the switch on, and the machine instantly turns itself off. So instead of wiping the floor with a hapless intern, Sloan can spend her days lazily flicking the switch on, only to have the machine turn it off again. It’s a great metaphor for news as well. A permanent cycle of relevancy (trying to remain “on”).

Jon Snow (Game of Thrones) — an iPad Mini, so he can finally know something “You know nothing Jon Snow,” said Jon’s now ex-girlfriend Ygritte. And if that’s the case, Jon needs an iPad Mini loaded with applications such as Wikipedia, Kindle and Reuters. Charging the iPad Mini will be kind of a hassle, but that’s what the Waka Waka solar USB charger is for. I mean, how else are you going to find a power outlet in a world where electricity is yet to exist? This is an easy one. Roger loves to smoke, and I don’t think that anyone has realized yet that lung cancer is worth worrying about. So for everyone’s favourite and ultra-rich silver fox, I’d give him the Slighter, a USB-rechargeable lighter. Firstly, it’s flame free so it looks damn cool. Secondly, Roger would plug it into a USB wall plug (I’ll send that to him as well through the time-machine) and recharge his lighter like the elegant fool that he is. Finally, the Slighter would go down well in any sales pitch. Whip it out, plug it in and behold, the client’s instantly impressed.

Finn the Human (Adventure Time) — a Gameboy from another world Finn has only one issue in life and that’s where and how he’s going to get his fun on. Finn lives in the land of Ooo, which is set a thousand years in the future. So while there used to be cool gadgets, they’re all dead a buried now (or turned into candy-equivalents). So fun, Finn needs it. He also needs a sturdy device for entertainment, cause B-mo ain’t cutting it no more. Finn needs the Nintendo 2DS, the flat, 3D version of the Nintendo 3DS. It’s sturdier (only one screen), with a long-lasting battery life and a very chunky frame. Everything an adventurer needs to get their game on. Algebraic! Jeff, the slacker ex-lawyer with the greatest ego of all time, is constantly on an unknown BlackBerry. Who he’s talking to? Maybe it’ll be revealed when Community ends. Meanwhile, Jeff’s still stuck with what looks like a BlackBerry Bold so it’s high-time that he upgraded. If Jeff wants to stick with BlackBerry, then I’d give him the Q10, the modern version of the BB Bold. With a touchscreen and keyboard, Jeff’s spoiled for choice. It won’t make him study any harder but hey, at least he gets to be even more disconnected from the group. 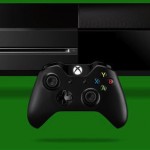