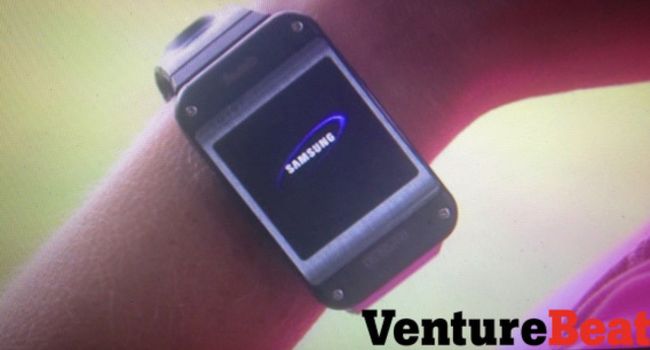 Pebble, the e-Ink smartwatch is now on sale so it makes sense that Samsung would sneak out some shots and specs of the Galaxy Gear, the upcoming Android smartwatch. Care of Venturebeat, we’ve got some prototype shots of the Galaxy Gear that are said to be pretty close to the final design.

The following information comes from VB’s anonymous sources. All shots were taken from an internal promotional video shown only to Samsung employees. Firstly, the Galaxy Gear is a 3-inch smartwatch with an OLED screen. The watch is fitness orientated and has preloaded Android apps. It’s not the most attractive device but again, this is just the prototype version of the Galaxy Gear. According to the report, the Gear will only connect to Galaxy S devices, so that’s the S3, S4, S4 Mini and so on. There’s Wi-Fi for internet (no mobile wireless option sadly), a front-side 4-megapixel camera located on the top of the watch, near the strap. There’s also two sliders on each side of the watch, as illustrated by this concept sketch below: Slide for apps, slide for power states. It’s a great idea and makes use of a hardware solution to access software, in this case a pared-down version of Android. Other software features include Samsung S Voice for Siri-like commands, a call log option (dial on watch, chat on phone) and various social media sharing options.

Let’s discuss the health aspects quickly. For fitness freaks, the Gear will track calorie intake, heart rate and steps taken. Integrate this with working out and the Gear starts to look a little tastier. As for heart rate, that can be taken “at any time” thanks to a built-in monitoring software. Even more amazingly, the Gear will design a custom workout for you. You’ll select what you’re looking to achieve — lose weight, tone up, become Arnie — and then draft a plan accordingly. Finally, there’s an interesting feature that lets you take pictures of your food. Samsung hasn’t told us yet if said picture can detect the nutritional value of each image. Now that, would be a gadget on the verge of Star Trek-like proportions.

The leaked information points to a ten-hour plus battery life which is not ideal, as having to charge a watch daily will put many first-time buyers off. And this time, 99% of us will be first-time buyers, as the smartwatch market is in its infancy. While this leak is telling and stuffed with all the information we need to know, the 4 September Samsung event will reveal the Gear proper. At least we know what to expect now. 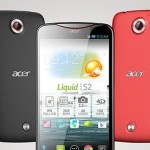