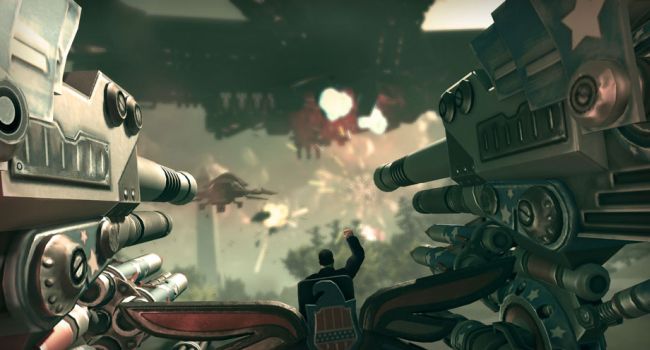 In Saints Row IV, the series comes full circle. What started out as a GTA clone has mushroomed into something utterly bonkers. All pretence has disappeared and any veneer of respectability has been yanked away, replaced instead by farce, lunacy and lashings of self referential wit.

Saints Row IV isn’t content to merely be another sandbox game. It distances itself from the competition while at the same time drawing attention to a litany of pop culture influences. We have Keith David playing… Keith David, a dubstep gun, superpowers, and a number of missions that overtly mock films and games of an established pedigree.

You play as the president of the United States. Yes, the same lovable rogue that has mowed down pedestrians and stolen cars for the last three games has been promoted to the highest office in town. Then, suddenly, aliens descend to earth and you’re forcibly removed from your throne. Thrust into a Matrix-esque alternate reality of the city of Steelport, you’re tasked with fighting your way out. The end goal is the “White Crib”, only with more stripper poles. As American pop culture dictates, the chief alien baddie speaks in a British drawl, but he’s not the only character drawn and animated in stereotypical brush strokes. We have a hulking black man named Benjamin King, and the returning Kinzie, who makes a memorable turn as the computer hacker tasked with helping you fight your way to freedom. There are dozens of memorable characters to meet, and you’re free to customize your own character the way you want, with often unintentionally hilarious results.

But more than anything, Saints IV revels in the absurdity of the notion of a Sci-Fi epic, and draws attention to just how silly it is to base a story on the premise that “aliens invade Earth.” In doing so, Volition mocks the games that try to pass off their own similarly fanciful stories as serious fiction, and Mass Effect bears the brunt of this sardonic treatment. Take the middle portion of the game. You need to assemble a crew to ward off the alien threat, and you can even romance your cohorts. Sound familiar? But while the relationships in the Mass Effect series are supposed to carry an emotional weight, here they feel like they’ve been written by a teenage boy who’s scribbling down an internal monologue: albeit one that is utterly composed of fantasy.

Elsewhere, Saints IV borrows liberally from Crackdown and inFamous, granting you absurd powers, like the ability to run up entire buildings. Stealing cars isn’t the order of the day anymore. Hurling them at people is.

Embracing madness and excess is a perfectly acceptable direction to go in a sequel, and Saints IV successfully differentiates itself from its predecessors, right down to the look of its city Steelport. But at the same time there’s the inescapable reality that this is an old formula re-jigged and re-worked and injected with a dose of lunacy. It’s madness for the sake of madness at times, and it doesn’t always work.

Volition walks the tricky tightrope of empowering you without over-empowering you, for instance, and there are times when the game’s diversions wear thin. Once you can walk up walls, where next to turn? The dubstep gun is a sheer delight, the superpowers are bombastic and fun, but like anything that is grossly over-the-top, Saints Row IV soon feels strangely humdrum.

Still, you can’t fault Volition for finding ways to mix up the fun, and as the game wears on, you’ll find yourself in surprisingly varied missions. There’s a clever jab at Metal Gear Solid, and a hilarious interlude involving alien drugs. Saints Row IV knows that it need not abide by the laws of logic.

In the end, no matter how many hours you’ve sunk into the previous three games, nothing can prepare you for what awaits. It’s a story full of madness, of ludicrous twists and turns, and providing you’ve the stomach for crass humour you’re sure to snigger. If you found the previous games’ lunacy endearing, you’ll love this, because it’s toilet humour ramped up the nth degree. Subtle this is not, but then perhaps this is what makes Saints Row unintentionally patriotic. It is all things American: big and brash, like a burger dripping cheese sauce, and ever eager to throw you a new side dish to gorge on. Most of the time, it’s a tasty meal, but like anything over-sized, it’s best enjoyed in small doses. When the gags wear thin, Saints IV loses its lustrous shine, and should you ask for garnish that’s more refined, it might just rear up and kick you in the teeth.

But then this is Americana at its most absurd, and to its credit, it knows how just ridiculous it is. Saints Row IV is not the least bit pretentious, and all things considered, it’s refreshingly frank about it.
Verdict: Saints Row IV is open to the idea of lunacy for the sake of lunacy, and it’s great arcade fun – but anyone looking for subtlety best search elsewhere. 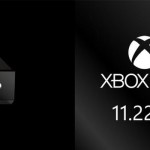