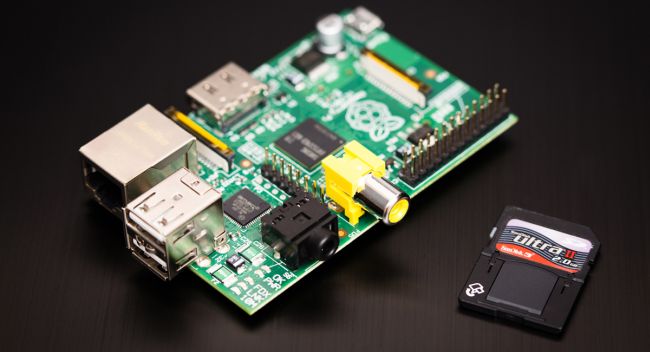 The Raspberry Pi is a humble circuit board that opens the door to an endless variety of gadgets. It’s sold over a million units and is still going strong. And owners have created some of the weirdest, wackiest and sometimes, useful Pi devices yet seen. Let’s get stuck in.

1. Turn it into a content streamer: With the magical, all-singing, all-dancing XMBC, the Pi can go from R400 motherboard to one of the cheapest media streamers in existence. And one with the most potential for playing back any media file. It looks easy enough, even these fine chaps have done it.

2. Mod it: There are tons of cases here and for under R50, your mini-PC will look a hell of a lot better.

3. Turn it into a MAME-machine: All you need is PiMAME. It’s a custom emulator OS for the Pi and runs most popular console titles from the early eighties to the late nineties. And because the games (ROMS) are so light on resources, they would run well on the humble Pi. Just add in a USB gamepad and you’re sorted for retro gaming.

4. Streaming radio: Guess what, someone’s already done it. If you follow the instructions here, you can set up your own streaming radio with the Pi.

5. Pretend you’re in Fallout 3:  Played Bethesda’s greatest RPG, Fallout 3? If you have, then you know that the Pipboy-3000 is the most important piece of equipment in the game. It’s essentially an arm-mounted, green-screen PC with stats, maps and more. One genius managed to make it. And you can too if you have patience. And money.

6. Run Firefox OS: How neat would that be? While Firefox OS is only on a very limited number of phones, it can be loaded onto the Pi. Follow the instructions here, and turn your Pi into open-source hardware running an open-source OS.

7. Create a “pirate” PC: Nothing beats a good torrenting session. Well, maybe a Pi-Torrent machine would. It’s possible to create a cost-price torrent server that does nothing else but download content all day long. Just, try to keep it legal.

8. Make your very own Pi Tablet: file this under “w” for “whoa”. With a lot of technical knowledge and the required parts, a custom-built Pi Tablet can be yours. Someone’s already done it, and they’ve called it the Dukepad. Beware: it will be exceedingly complicated.

9. Run a real home server: Think of it. The Pi is low-cost, modular and can potentially support any OS. With a few spare parts that any of us have lying around (hard drive, ethernet cables, router), you can create a R400 server. See if the instructions here can help you reach this goal.

10. A mounted, in-dash, car computer: It’s easy enough to create a media center, but what about a GPS-based car computer, like a TomTom, only a fifth of the price. Of course, modding the Pi car computer into the dash takes some elbow grease, but if you’re determined, it can be done.

11. A dog-food dispenser: This is fan-tastic if you’re a geek and a dog-lover. The video below shows how even dogs (and cats) could benefit from a little Pi.

12. Run the most popular (some say) programming language of them all: Got Java? With the Pi, you can have it anyway you want. The Java Development Kit can be loaded onto the Pi and from there, the rest is up to you. Apparently Java apps “run well” on the Pi.

13. Your very own Pi Record Player: Sounds crazy, right? No. What we have here is a streaming music player that can spin records as well. It’s still work in progress, but it does work. And that’s what we’re aiming for here.

14. Beat the bills, make your own PABX: Now this project is serious stuff. Imagine being able to bypass those bloody telecoms and create your own phone network with just the Pi. It will take a lot of tinkering (the user Velcro’d the board to his table and had to purchase a set of VoIP phones) but ultimately,  it’s a setup that’s more than possible.

15. A fireworks launcher: Yes. Could this project be the ultimate waste of time, or the greatest Pi discovery yet. We’re leaning to the latter. It’s an insanely complex setup, but as the video shows, Fireworks have now entered the realm of open-source.

16. LED Clock display: this seems to be the most sensible project, and one that would barely test the minute powers of the Pi. This LED matrix display leans more on your DIY skills with wood and soldering then it does with the Pi itself. Let’s just marvel at how it works for a second, shall we?

17. Get AirPlay with the Pi: You don’t need an Apple TV to use AirPlay. No sir, all you need is the Pi connected to an HD TV and lo, it’ll work (after much fiddling). More details about the project can be found here.

18. Make a digital sign: This is done with Xibo, an open-source app that automates digital signage. Yet another Pi genius has managed to get it working on the fruit-flavoured chipset. There’s a lot of programming involved, so get stuck in.

19. Home-brewed car security: this project is still in development. Is there anyone out there savvy enough to help this fellow out?

20. A very pixellated Super Mario display: to sum up, there is no limit to what the Raspberry Pi and its ilk are capable of. This user even managed to output Super Mario Bros. onto a screen with pixels you can count. With mechanical know-how and a degree in electronics, we’d be surprised if a custom PS4 Pi or Xbox One Pi clone doesn’t appear in the next couple of years. 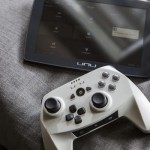