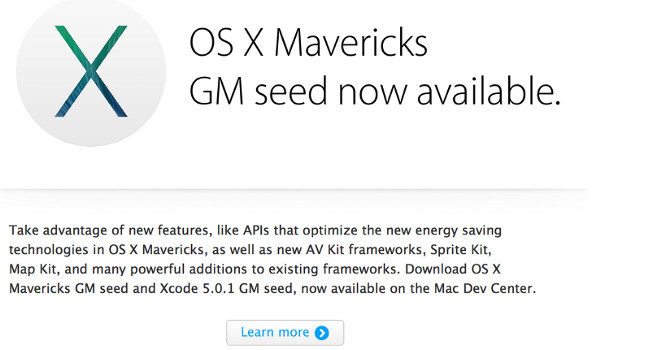 According to 9to5Mac Apple released OS X Mavericks Golden Master (GM) to developers today. This means that the company has finally completed its work on the new OS version for Macs. It’s expected to be available later this month at an Apple press event and boasts new features such as improved power optimization, better app design support and the iCloud Keychain for online paranoids.

What will set OS X Mavericks apart from previous versions? Certain apps will have undergone design changes such as Safari and Calender for example. Better yet, there’ll be optimized support for the new energy saving technologies.

Additionally, while Apple has been boasting Mavericks to be its most powerful and power efficient OS yet, your Mac will also support things like Finder Tabs, multiple display menus, on-screen notifications, and even iBooks support.

Apple seems to be on a mission to revolutionize user security. With the iPhone 5S boasting TouchID fingerprint scanner and the future iPad mini also expected to be home to the same feature, Apple’s also adding the iCloud Keychain. This feature is expected to be released alongside Mac OS X Mavericks.

iCloud Keychain remembers all your website user names and passwords on the devices you’ve approved, protects them with robust 256-bit AES encryption, and keeps them up to date on each device. It even suggests passwords to you and has a quick credit card feature that only needs a security login to make online transactions.

We can expect to see OS X Mavericks official release sometime later this month together with a new family of iPads and some new Mac laptops and desktops. 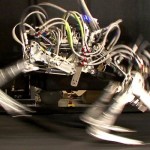