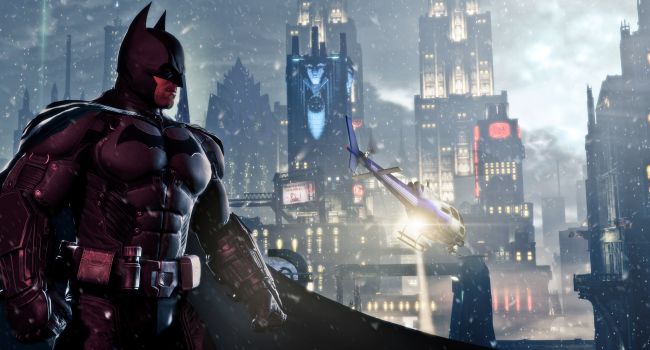 If you’re a fan of the previous Batman games, prepare for disappointment. Batman: Arkham Origins shines during many of its story missions, but fails to engage because it’s the same game I played last year. Origins is not a sequel to the two best action games of this generation, it’s more like a lengthy DLC.

Good news first: Origins turns racing and zipping across the city into a pleasure. Some of Batman’s extended move set is present from the outset, so speed racing across Arkham quickly becomes the best method of navigating the ghost town Batman’s been plonked into.

The story is a great piece of Batman lore that only seems to use the Origins angle for the most predictable of plot points. Batman meets Jim Gordon, the Joker, Penguin, Deathstroke and a total of eight assassins on Christmas Eve. This holiday too, never really digs into any emotional holes that would have worked perfectly with the Batman mythic. If you were expecting a young Bruce Wayne learning his skill from boy to Batman, you’re in for disappointment. It’s a neat, winding tale with a solid payoff, but you’ll never learn more about Batman than the most cursory of information.

There is an extensive database for mostly every character in Origins and it helps in establishing a deeper connection with the villains and heroes alike. A shame then that it’s butchered by an ugly menu UI that makes me dislike it more than I should. It’s the type of menu you would find in a 2001 PlayStation RPG.

Everything is destroyed by the complete and utter lack of innovation and wonder which was present in Asylum and City. Asylum was a breakthrough in superhero action games and City expanded and improved on that. Origins offers nothing new for Batman to do. Let’s break it down. There are three parts to every Batman game: wandering around your environment, beating up samey-looking foes and bosses, and silently taking out a room of goons. To Origins credit, Batman plays as well as its predecessors, but there’s nothing new or innovative to do. So it’s the same old fighting, zipping around and stalking from the last two games. At one point in Origins, you think that Batman’s going to start fighting with more finesse after he snags some electric gloves, but that too adds little value to the gameplay.

You’d think that the boss fights would be best part of the game and yes, these are the most theatrical moments of Origins but it’s just quicktime events on a grander scale. Dodge Killer Croc, push “Y” to counter Deathstroke and other rote activities that do nothing to raise the pulse. Origins is also the easiest Batman yet. I completed it almost by accident but jumped straight back in to complete Riddler missions and find trophies, which for trophy and achievement chasers is a must. Just know that you’ll be hunting down glowing question marks across an empty, lonely Gotham. Even worse, most of the side missions from Origins are lifted from City in all but name so it’s chasing phone calls and Batman challenges all over again.

New to Origins is a sleeker detective mode, so now it’s just tap a button and the wire-mesh layout of the scene pops out lightening quick. Part of this is the new CSI-style crime scene mode, which tracks the incident with 3D models, bullet paths, falling bodies and so on. This too though is ruined by oversimplification. You’ll do precious else but rewind and fast-forward a scene to discover highlighted clues. It’s innovative the first few times, then quickly scrubbed past for the rest of the 8-10 hours of gameplay.

What is genuinely new is the multiplayer mode that takes three teams: Batman and Robin, Banes posse and Joker’s grinning thugs. The thugs attempt to takedown the duo, while the superheroes wipe them out. This fails on every level. Aiming controls are awful so if you’re expecting a slick Gears of War setup, think again. It’s not even as good as Kane and Lynch. Batman and Robin fare even worse. Stalking thugs is tough because there’s no set pattern or slow behaviour as it is in the single player map. Instead, everyone dashes around and stalking and taking down enemies becomes blind luck.

Also, it takes a second of bullet fire to wipe out your extremely weak heroes. Batman seems less tough when he crumples to the ground at the sight of a pistol.

Verdict: Origins is a true wasted opportunity. While the story is fun to play through, the actual gameplay is repetitive and wholly uninspired. If you were a fan of the past two games, you can safely skip Origins and place Grand Theft Auto V back in the PS3. 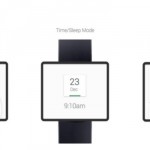