Apple today re-introduced the iPad, calling it the iPad Air, a thinner, lighter version of the iPad with a dramatically smaller bezel. The iPad mini saw an update to its face, now featuring a 2048 x 1536 “retina” display as well as the 64-bit A7 chip that shipped with the iPhone 5s.

On the desktop computing side, Apple provided a closer look at the Mac Pro, its cylinder shaped re-imaging of the power-user’s desktop computer. It will ship in December. Apple’s MacBook Pro line also received a significant speed bump, despite retaining its tried and tested design, for the most part.

Finally, on the software front, OS X’s latest release, Mavericks, launches today and for the first time, will be available as a free download. Apple also announced that its redesigned iLife and iWork software suites will be available for free, with the purchase of a new iOS or OS X device.

That’s all you need to know.

If you’d like to know more, here’s a compressed version of today’s entire one and a half hour presentation.

Apple says that the iPad Air is the iPad’s biggest change since its introduction, emphasising its more compact size as a design choice to inspire new ways of using it as a mobile tool in just about every line of work.

Here are some quick notes on the Air:

The iPad Air is available 1 November and pricing will start at US$499 for the Wi-Fi model and US$629 for one equipped with cellular radios.

When the iPad mini launched, Apple fans were unhappy with the omission of a higher resolution display. Whether it was Apple’s strategy from the start or an honest to goodness pricing conundrum, it no longer matters — the mini will now ship with a 7.9-inch 2048 x 1536 “retina” display.

The iPad Air is available 1 November and pricing will start at US$399 for the Wi-F model and US$529 for one equipped with cellular radios.

The previous generation mini is now priced at US$299.

Both the 13-inch and 15-inch MacBook Pro received a significant spec bump thanks to Intel’s new Haswell and Crystalwell processors.

Features of the 13-inch model include:

Features of the 15-inch model are:

Apple’s cylinder-shaped design is quite intriguing. It’s Apple’s most powerful pro-user computer and yet it’s only one eighth the volume of the previous generation and apparently no louder than a Mac mini sitting on your desk. It’s also entirely designed and manufactured in the USA. Apple’s latest desktop operating system, OS X Mavericks ships today, and for the first time ever, it’s free. It is set to give old Mac hardware a boost by providing system optimisations that translate into, for example, 1 hour longer browsing. It’s new “Compressed memory” feature allows for more applications to be opened with less slow-downs. Apple explained how a system with 4GB of RAM will act like a system with 6GB of RAM. Mavericks is better at divvying up memory between the CPU and GPU depending on the task at hand and OpenCL can take CPU oriented tasks and give it to the GPU to do the work.

Features to look out for include:

iLife has been redesigned for the Mac and iOS. That includes new versions (and a new look in iOS 7) for iPhoto iMovie and Garage Band. The same goes for iWork (Pages, Numbers and Keynote). Apple announced that both suites will be free with the purchase of a new Mac or iOS device and are available today.

The most important updates to iWork include file compatibility between iOS and the Mac, as well as collaboration features.

Here are some interesting things about the iLife refresh. 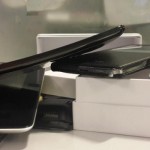