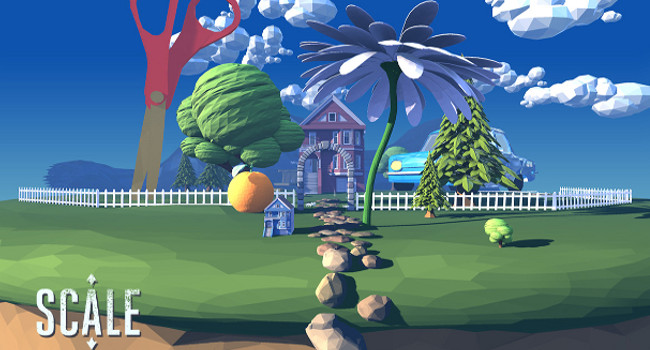 From a distance the gameplay looks like Valve’s Portal — you wield a similar looking gun but instead of making gateways, you shrink and enlarge things. Pretty cool, right? This “reality manipulation game”, namely SCALE, is currently being funded via Kickstarter and is doing pretty damn well.

The story concept of the game is very Alice in Wonderland-ish. You play the character of a girl running around in this crazy world where every object is “SCALEable”. It’s all about exploring and discovering secrets.

The project page on Kickstarter says that inspiration came from games like Portal and The Swapper mingled with games like Mario 64.

The description sells the plot better than we ever could, so here it is:

“SCALE begins as Penny awakes in prison, convicted of 9,322,591 counts of Depraved Heart Murder for accidentally destroying the east coast. Someone has confiscated her cat. Against the express advice of the rehabilitative therapy coordinator now living inside her brain, she hastily reconstructs her device using materials from a nearby cellphone recycling bin and embarks upon escape in an attempt to regain her freedom and her cat.”

Trippy right? Well the gameplay calls for it. The video shows a never-ending loop of a house within house. The gun’s used to enlarge butterflies so you can catch a lift or enlarge toads to explore their insides. In the game you’ll use the SCALE gun to complete various puzzles that have multiple solutions and explore the strange world of Cube Heart.

Since opening up the funding gates, creator Steve Swink from Cube Heart has nearly 1 000 backers pledging nearly US$40 000 out of US$87 000 since the time of writing. US$10 would give you access to the game while more rewards are up for grabs including merchandise such as T-shirts and crafty posters.

Swink does note that while a similar previous experimental game called Shadow Physics eventually got “canned”, the team is currently much more committed to SCALE.

The game will also have Oculus Rift support if it manages to crowdfund over US$100 000. 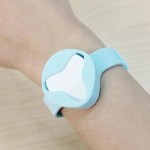