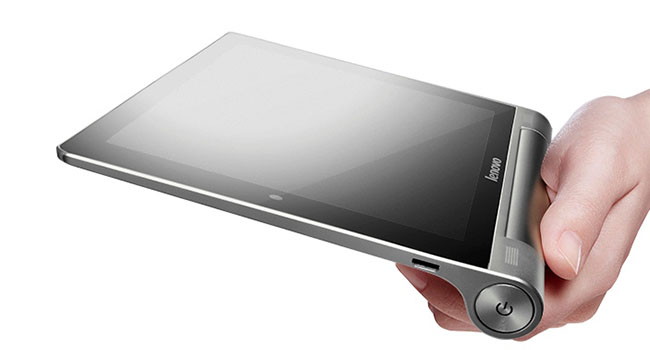 The world of tablets can be a little bit samey. Sure you might have size and colour variations, but for the most part you’re faced with the agonising choice of which flat rectangle to take.

Chinese tech giant Lenovo — already dominant in the PC market and force to be reckoned with in the smartphone space — looked to change that today with the launch of its Yoga tablet.

The tablet, which debuted at events in California, Beijing and Milan, is the company’s attempt to reimagine the tablet form factor.

In order to do this, it claims, it spent an extensive period of time studying the way people use current tablets as well as other objects from their daily lives.

As a result, the Yoga comes with a thick rounded edge at one end, tapering off into a much thinner edge at the other.

Holding the Yoga therefore is not unlike reading a magazine one-handed, something Lenovo says it was actually aiming for.

That rounded edge also contains a pull-down stand, which means that you can have the tablet at an angle while you’re working or prop it upright when you want to watch a video on it, for instance.

“Watching and discovering that people frequently use tablets in three main ways allowed us to break the mold on the current ‘sea of sameness’ designs, giving them a better way to read, browse, watch and interact with content,” said Liu Jun, senior vice president and president, Lenovo Business Group, Lenovo.

All that focus on design doesn’t appear to have come at the cost of internal components either.

The Yoga is a quad-core 1.2GHz CPU and 1GB of RAM, and although that’s an unlikely to set the world on fire, an early hands on by Gearburn suggests that they won’t struggle on you.

One are where Lenovo seems to have done some seriously arcane magic though is in the battery. It claims that the 9000 mAh power unit in the 10-inch Yoga will give you 18 hours of active use in the 10-inch model, while 6000 mAh battery in the 8-inch model will keep you occupied for 16 hours.

When it comes to internal storage, you can choose between 16 and 32GB or, if that doesn’t fulfill your needs, you have the option of expanding it with a 64GB SD card.

At launch, you’ll be running Android 4.2.2, although we suspect that the high priority given to this tablet by Lenovo means upgrades will come quickly.

Interestingly Lenovo expects to mainly sell Wi-Fi only versions of the device in developed countries and says it will push the 3G models in emerging markets, especially in Africa.

The Yoga is expected to hit stores in a number of EMEA markets by the end of November and will retail for between 229 and 299 Euro for the 8 and 10-inch models respectively. 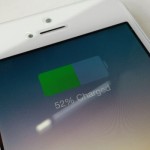