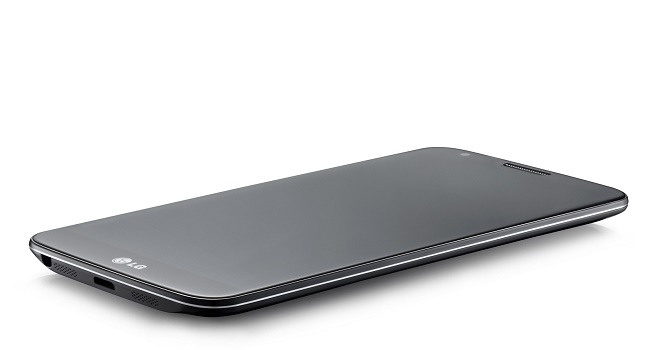 The LG G2 is an impressive Android phone and one that has a cool, almost novel hardware feature: its power and volume buttons are on the back of the phone. Most phones have them on the sides, but the G2 bucks the trend by moving all buttons to the back and in terms of aesthetics, it works. But as for functionality, it’s a loss.

The G2, minus the idiotic rear buttons, is brilliantly designed. It’s practically a Nexus by another name in both look and feel. The shell is smooth and glossy, with a camera design that neither intrudes or distracts from the lithe form of the phone. LG’s poured thousands of hours into the design, but did a drunken engineer screw up at the end?

“Oh by the way guys, let’s put the volume button… on the back of the phone!”

Controlling the G2 (it’s Android 4.2.2, by the way) is done via software keys — Home, Back and Menu — all very standard and very Android. Because of the ludicrous speed of the G2 the software buttons work instantly when pressed. There’s no UI lag, period.

In hand, the G2 feels luxurious. LG has again spared no effort on balancing the weight requirements of its latest flagship model. Somehow it’s achieved the perfect level of phone weight. The iPhone 5 always felt too light, and the S4 has the appeal of a child’s toy (for me at least). The G2 is a luxury device, and it radiates this ethos with every flick and tap of the screen.

The microSIM inserts into the side with the LG G2 branded metal toothpick, exactly the same as the iPhone’s method of SIM ejection. It’s a quick, clean process and the G2 picked up my Vodacom SIM as soon as it booted up.

Also of note is the case that comes with the G2. It’s a third-party, attaché-style case that has a rectangle cut out to show the date and time, music or a custom clock. The Note III has a case exactly like this and I see why LG has copied it. With a quick double-tap of the screen, the phone wakes up and notifications, weather, time and date are shown. It’s a brilliant method of peeking into the phone without opening it up.

Overall, the G2 is every inch a premium device.

The G2 is one of the most powerful phones on the market. Nothing slows it down. Plants vs. Zombies 2 installed in minutes and booted in seconds. And thanks to the 1920×1080 display, it looked a treat as well. The display is the highlight of the G2, but we’ll get to that soon.

The 2.26Ghz CPU screams and the 2GB RAM makes a marked difference in terms of navigating the G2. I’ve put the G2 through its paces with multitasking, HD video streaming, games and apps all running in the background and more. Nothing dents the G2. If it was a cyclist, I reckon it would be booted out for steroid abuse, despite it having trained so hard without assistance from substances.

The memory on my G2 was 16GB which in practice was only 11GB and yes, I also wondered where that 5GB went to waste. There’s no microSD card slot, so there’s no way for the G2 to expand its memory when you quickly run out. With 4G, LTE internet it’s possible to download at 6.7Mbps but nothing too large when space is at a premium.

And as for the display, it’s marvellous and the highlight of the entire package. Yes, it’s full HD but so are a lot of phones these days, so it’s nice to see LG doing something different here. It’s using an IPS (in-plane switching) display so pixels are brighter and clearer. The HD films that come bundled with the G2 are perfect ways to show off the incredible display that you’re paying R8 000 for. I’ve watched hours of content on the G2 with the bundled headphones and it’s as close as it gets to a TV in your hand. For consuming video content, the G2 is the best, hands down. Even the touch controls for video playback are well thought-out. Just flick the screen up on the right to adjust the volume or slide on the left for brightness.

Let’s talk battery for a moment. The 3000mAh battery is phenomenal. As I write, I forgot once again to charge my G2 but after a full day of use, and from idling at night, the G2 is still on 30% battery life. You can get up to 900 hours of standby time and I truly believe this. The G2 just keeps going and going so if you need a phone that will keep juiced for far longer than expected, the G2 is a sure bet for you.

At least there are a slew of camera gimmicks to add a bit of extra sex appeal to the device. There’s a dual front and back image mode, VR Panorama, Time Catch Shot, Burst Shot and my favourite, Audio Zoom. When recording, just zoom into a certain person and the audio will enhance that region specifically. It works great in practice. Finally, the camera records in 60FPS in Full HD, which is smooth as hell (except at night).

It’s Android Jelly Bean (4.2.2) and LG’s UI is fairly slick, and pretty close to stock Android in most respects. For those who’ve never used LG’s take on Android before, they should have no issue getting to grips with it. So yes, Android is well suited on the G2 and there’s simply no slowing it down.

The G2 is brilliant and gives every other phone a run for its money. Beyond the gimmicky features and design of the volume, the G2 shines in every other aspect. After I’ve spent even more time with it, I’m sure that I’ll give it a perfect score. So for now, it has to make do with being just excellent. 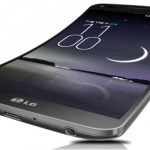