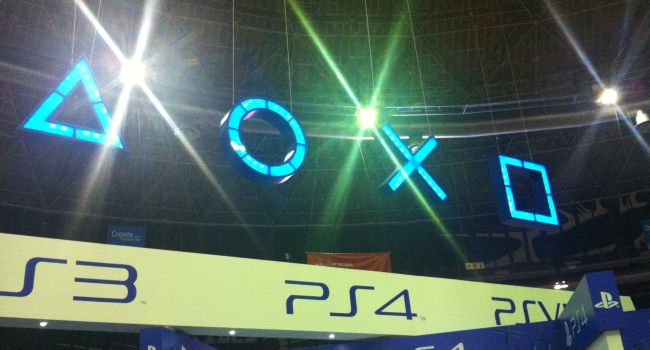 Everywhere you looked at mega gaming expo rAge this year, PlayStation had a hefty presence. A massive Playstation stand, adorned by the much-loved PS symbols, and filled with excited gamers, contained not only the PS3 and PSVITA, but also the much-anticipated (and as yet unreleased) PS4.

Gamers could marvel over the sleek design through a glass display case at the front of the stand (and it is incredibly pretty), but more importantly, they could play on a (limited) number of machines. The queues to get hands-on time were, to put it mildly, insane. And with good reason. Not only were the graphical capabilities downright impressive, but the speed of the machine and the smoothness with which it handles games is equally so. Right down to the input of the buttons, which seems to be as pin-sharp as ever. There was nil input lag and reaction times seemed almost a step ahead of button presses.

Visually you’ll notice a big jump between the PS3 and PS4. Graphics are crisp and clear, colours are bright, and the frame rate is smooth. It’s an impressive experience all round. Nothing really screamed “next-gen” though. There was a demo of games running through the console, but most were upscaled graphics of current-gen titles such as Assassins Creed IV. It was faster though, there was a smoothness in the frame rate which was almost alien to me. Even in the most densely packed scenes, games would load debris, character animation and visual effects without a hitch. The promise of 60fps for every game is for once, not a hopeful dream of PS fanboys. The controller is comfortable, and considering I’ve never been a fan of the PS3 controller, this is a big plus for me. That said, I didn’t get hours of hands on time (got to give everyone a chance after all) so I don’t know if I’ll end up feeling the same, ultimately.

The touchpad is not only much smaller than you initially realize, but it’s also clickable. The new option buttons are now above the touchpad, which makes sense, but are a little awkwardly placed. The touchpad is also quite simple and intuitive to use. Let’s just say this: it’s the biggest leap forward for PS controllers yet. It’s definitely been created with the PS4’s unique UI in mind. We’re not sure how the back touchpad will work with most games, as we had very limited time with the console, but it responsive as hell, to say the least.

Playstation also demoed a new augmented reality system called The Playroom. Although the concept is well implemented, I am reminded on many levels of the Kinect, as the new camera now has more depth perception than before. A small bot called Asobi hovers around your head and interacts with you. You can pat him, hit him and tickle him in much the same way as you would have with an EyePet (PlayStation’s early attempts at AR utilizing the Playstation Eye camera). Again, the new camera is miles better than the PS3’s, naturally, and should make interaction a flawless experience.

The novelty of whacking this little robot over the head soon wears off however, and I moved on to another AR implementation in The Playroom, which consisted of 30 little bots that live inside the controller. You can interact with them both inside the controller (by zooming in via the touchpad), and by flicking them out of the controller and playing with them on-screen. Again, a cute feature, but nothing to really write home about.

What does excite me about this AR demo though, which is reminiscent of Minority Report, is the potential for future development. Perhaps it’s just the context in which I saw it, but it was smooth and handled well, with no lag, no jerky frame rate at any point, and a relatively clear camera image. There was only one occasion where the bot couldn’t get a fix on my face, and there were three people in shot, so this was, I feel completely acceptable.

The PS4 hits South African shelves 13 December 2013, right before Christmas. If I were you, I would pre-order now. 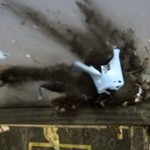