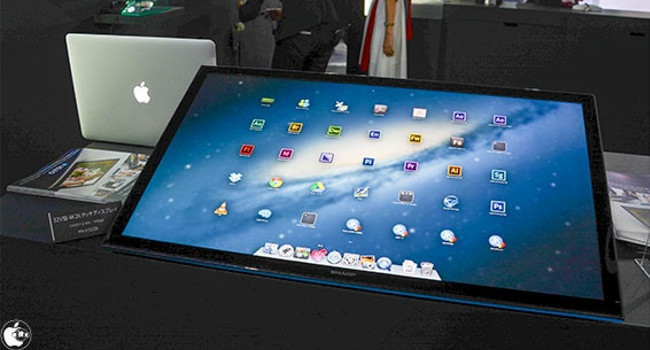 Then again the 3840×2160 display is more meant for retail or commercial use. Think promos, tech savvy classrooms, sports commentary and such.

The display, sans OS X, was shown-off at CES this year. By itself, it seems incredibly impressive while the UI could be patched up here and there to be honest. That’s probably where OS X steps in.

OS X has of course not been designed with touch UI in mind so the experience should be an interesting one at best. Either way, could this become a trend for smart TVs running third-party operating systems?

Earlier this year, Australian manufacturer Kogan launch a 32-inch LED TV running Android Ice Cream Sandwich. This means that you get direct access to all your Google Play content. It was then followed-up by the Kogan 55-inch Agora Smart 3D LED TV running Android 4.2. The touch compatibility is excluded for both though.

Windows 8 Touchscreen displays, on the other hand, are all over the place. It’s gone from the 55-Inch 1080p to the 82-inch last year and then the 84-inch 4K earlier this year.

Although it’s been mentioned that Sharpe’s 32-inch 4K IGZO display has been shipped, the OS X software update would have to be downloaded within the next two months manually. No price has been mentioned yet. 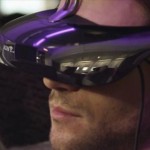