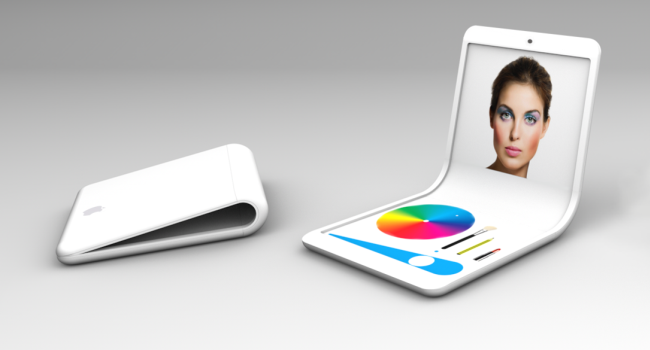 We’ve seen our fair share of innovative phone concepts in the past (and some have even made it into reality) but the iFlex from De Poorter Design could be the best yet. Not only does it offer up some sweet, bending action, but its concepts and ideas extend far beyond the scope of a mere smartphone. While most of De Poorter’s concept work is firmly rooted in the eighties and nineties, the iFlex catapults us forward to a future where our phones not only flex — which is nothing new to Samsung and LG — but lock in position depending on your needs. De Poorter says that this concept can be applied to most modern gadgets, from laptops to tablets. 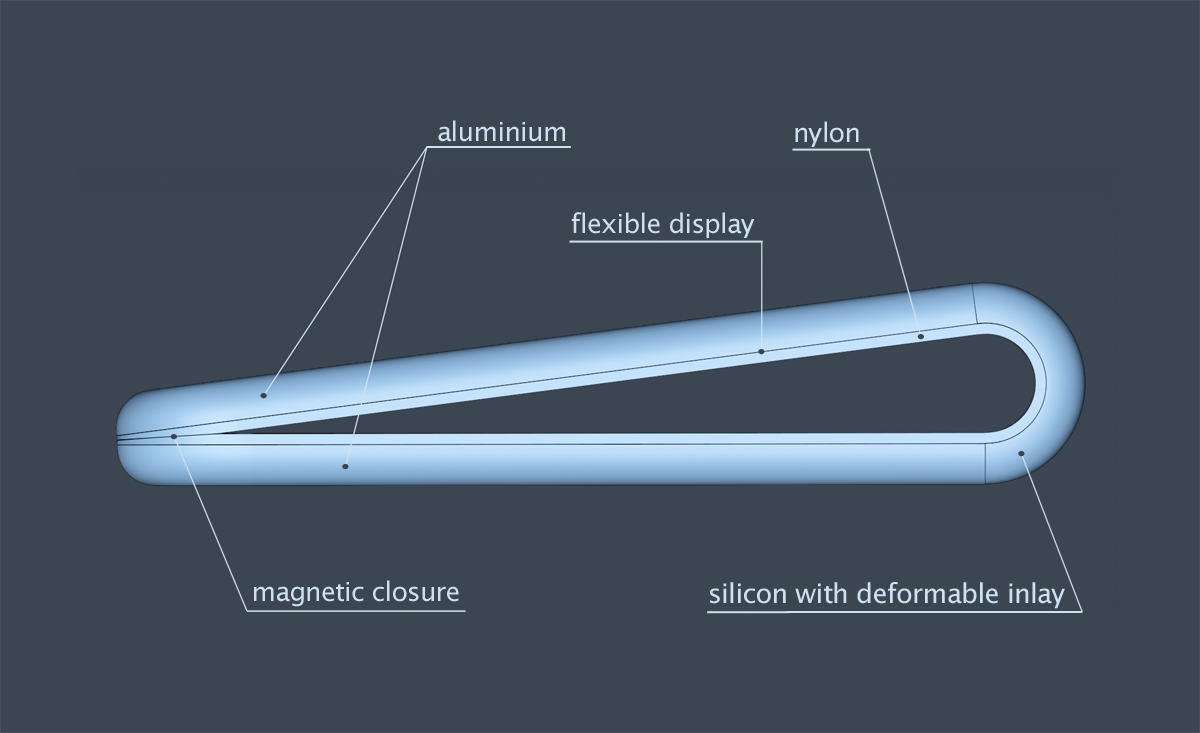 Aluminium, Nylon and Silicone combine to form the shell of the iFlex

The curvy face of the future

Iflex And A Parrot 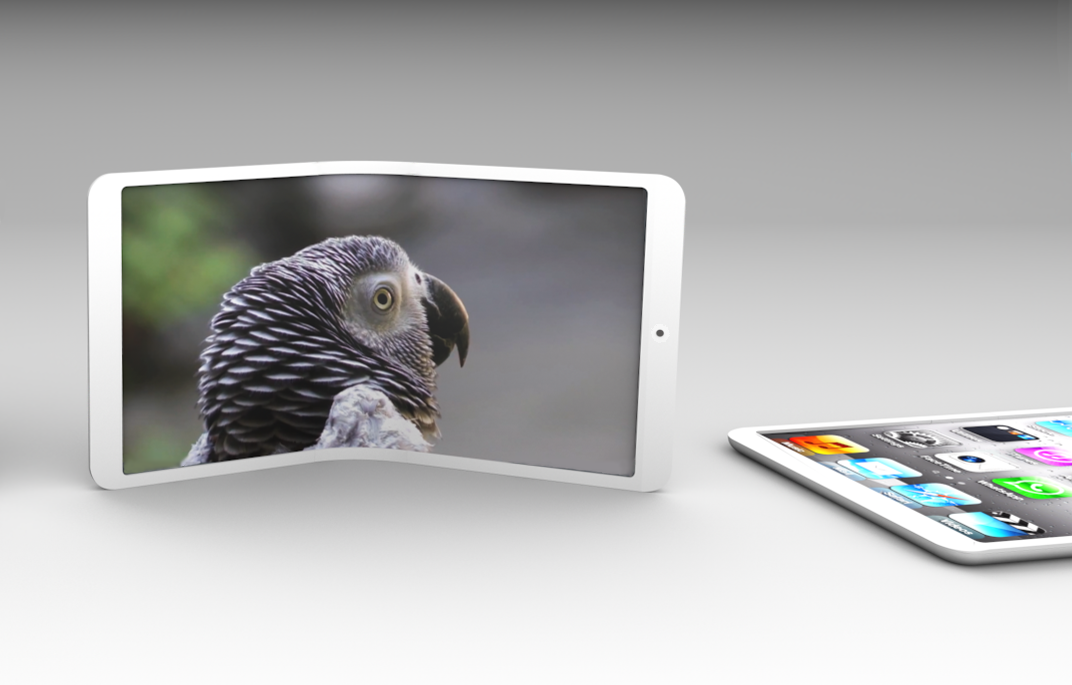 Tablets would be far easier to use if they could fold over. 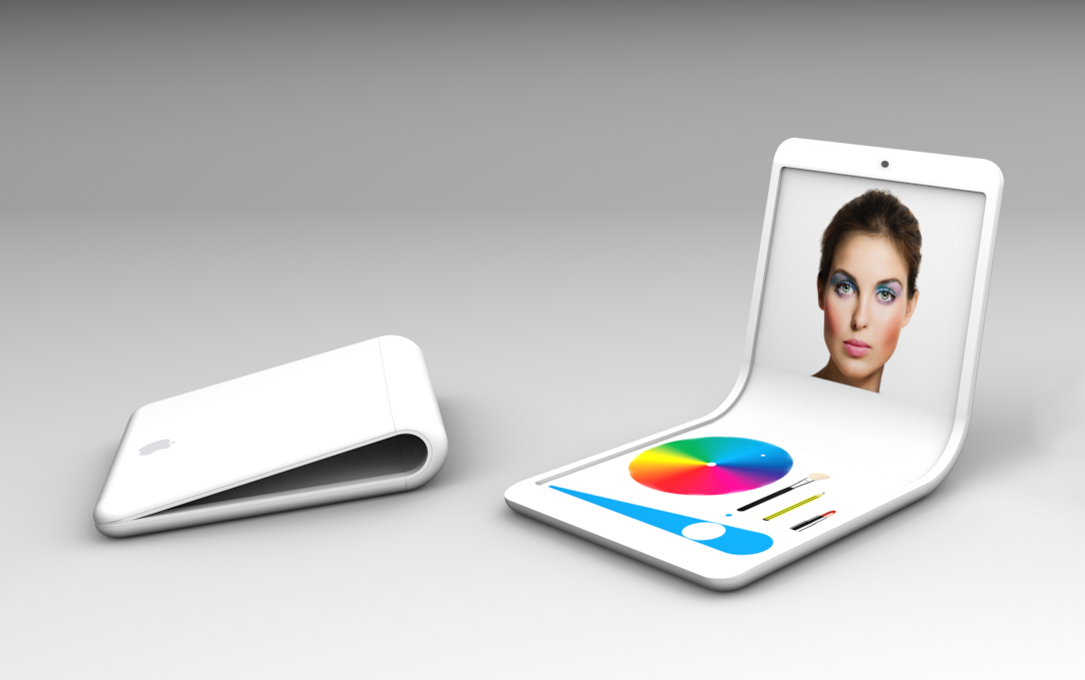 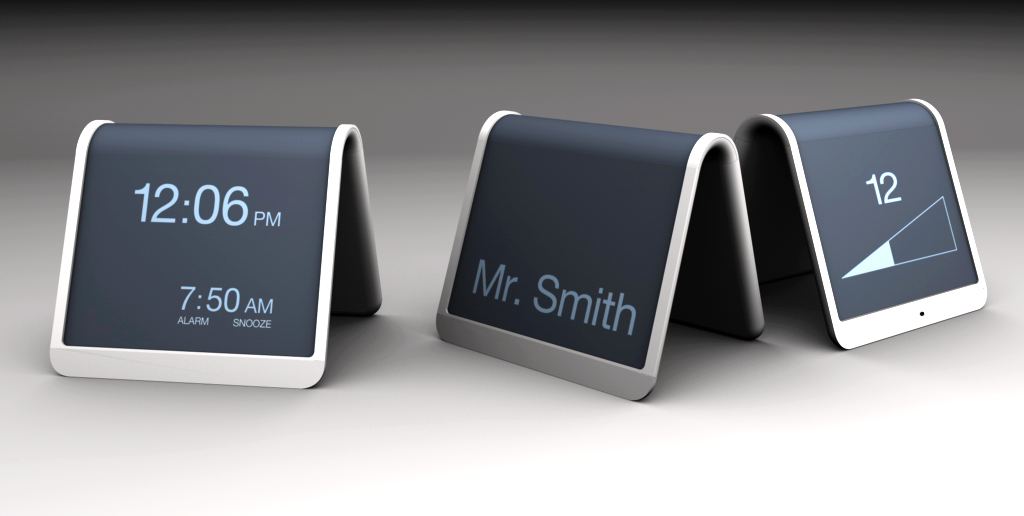 In this example, it bends and folds to mimic an alarm clock

De Poorter Designs explains what the iFlex is capable of:

The two sides of the rigid flexPhone aluminium case are connected by the central silicone part with deformable inlay so that the device can assume and maintain any desired angle, supporting new usage patterns. The phone has a magnetic lock for the closed position that protects the display from scratches and bumps. The flexible touchscreen display is surrounded by a nylon frame. Obviously, the same principle can be applied to tablets and laptops as well.

The iFlex concept can give birth to the flexApps, a new generation of software applications that have never been possible with rigid displays. Some new usage examples have already been devised, such as a digital makeup tool for women, a bent-over placeholder for conference speakers with the name for the public on one side, and the remaining time or teleprompter on the other, and an alarm clock that can be switched off with a touch of the hand on the top.

Will this one make it from concept to reality? If the LG G Flex and Samsung Galaxy Round are an indication of where gadgets are going, then the future is very bright indeed. 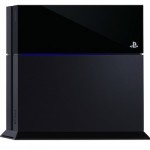