Motorola’s latest Moto G was launched yesterday with a few lucky tech sites getting the chance to pick it apart and share their thoughts to the world. We take a look at what the web has to say of Motorola’s cheap and highly competitive new flagship smartphone thus far.

The grand idea behind the Moto G is that it’s meant to be a budget smartphone disguised as a high-end piece of hardware. Motorola has said that this marks it’s push into emerging markets — a smartphone that has impressive specs and a sought-after design. On that note, let’s take a look at how the phone is doing.

The Moto G costs R1800 or R2000 (US$180/US$200) off-contract. Having said this, its specs are easily capable of beating year-old high-end devices such as Samsung’s Galaxy S3 or Google’s Nexus 4. Some areas where it felt like Motorola was forced to cut some corners include the little storage, camera, the lack of LTE (first world problems) and some gimmicky features introduced with its predecessor, the Moto X.

Design
It’s plastic back cover has a matte finish that can be swapped for a range of different colours. On the front you’ll find a 4.5″ 720p display covering the whole face of the Moto G. The only physical buttons are the volume rocker and power button on its right. Techcrunch notes that it’s design is “a little on the pudgy side, but it feels at once comfortable and familiar.” While Engadget says the “Moto G feels better put-together than a number of more expensive phones built from similar materials.”

The display boasts “bright colours and strong viewing angles” and is also “up with the best” according to PocketGamer.

Techcrunch says that although it’s not full HD it still has a “stunningly crisp” LCD screen that’s a “far sight better than anything even in the same ballpark pricewise”. Apparently the colours, brightness and contrast make up for the very impressive sub-1080p display.

Techcrunch further states that “Motorola has even managed to achieve the same high bar for pixel density that Apple does with its iPhone 5s (326ppi for those paying attention).” This seems to be one of the best features of the phone considering its price range.

Performance
Now the specs. With the Moto G you’ll get a 4.5″ 720p display, 1GB of RAM and a quad-core, 1.2GHz Qualcomm Snapdragon 400 processor. As previously mentioned, there are two storage options (8GB and 16GB) both sporting a more than 24-hour capable 2070mAh battery. Its overall performance — navigating through your app menus or browsing the web — is smooth and impressive

Engadget says that while it’s “clean and functional” it’s not “flashy” which is probably a good thing. “The only place I noticed some lag and slowdown was in the browser, where image-heavy content can cause some stuttering, but only in extreme cases,” says Techcrunch. PocketGamer says that despite 1GB RAM the Moto G happily copes with everything you throw in its path. “The Moto G can fire up titles like Asphalt 8 or Dead Trigger 2 and leave you convinced that you’ve got a flagship phone in your grip.”

While it manages all these impressive titles, it doesn’t have the strength to carry more than a handful considering the two variants come with either 8GB or 16GB with no option of expandable storage. To remedy this factor however, Google does offer Moto G customers an impressive 65GB of cloud storage.

Where it leaves few people impressed most is with its camera. Techcrunch says that the camera on the Moto G “isn’t wonderful” but is capable for general use. Engadget notes that although it’s a modest 5MB lens “what the main camera lacks in resolution, it makes up for in versatility.”

So let’s round things up.

The Moto G is remarkable device. It’s arguably the less talented sibling of the flash-bang Moto X released by the Google-owned smartphone maker earlier this year, but it’s more noteworthy because it offers so much at such a stunning price point.

If you’re even considering springing for a Moto G, stop thinking and just do it. Is the G the best phone you can buy? No, it’s not. You won’t win any National Geographic competitions with the camera, and the amount of on-board storage is a concern when there’s no microSD expansion slot. The lack of LTE, too, is sure to put off customers who would’ve jumped at the handset otherwise.

The performance could have easily elevated it up the food chain had Motorola wanted to. But it seems that Google has decided that it’s time to take a bit more control of the lower end of the market, which is currently being flooded with devices that dilute the Android experience. 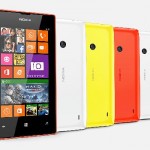