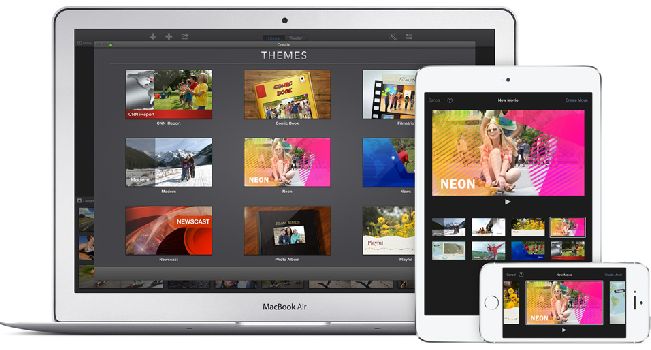 Apple’s prolonged update to its iLife and iWork suites finally dropped earlier this year, to the ecstatic cries of long-term Apple enthusiasts (read: survivors) who have made use of the outdated software packages for years since the last major updates in iWork ’09 and iLife ’11.

In many cases, for Apple, it was something of a new moonshot. There was a new mission, a new frontier: a cloud-based workflow. In charge of this operation was a brand new crew and commander, competing in a running space-race with Microsoft’s hugely successful Office suites. With all systems go, and the jubilant cheering of mission control, launch began, and millions watched as new editions of Pages, Numbers, Keynote, iMovie, Garageband and iPhoto launched into the stratosphere.

A series of misfires

There was, however, a complication: the craft — those venerable updates to Apple’s premier software suites, which tireless corps of code monkeys had spent months constructing — were something of a dud.

Frustration and near outrage fermented between long-time Apple devotees. Much like the decision to retire the Space Shuttle programme and instead use Russian Soyuz rockets, Apple’s latest software update proved to be a huge step backwards.

The iWork suite, consisting of Pages, Keynote and Numbers — Apple’s response to Microsoft’s Word, PowerPoint and Excel — were rewritten from the ground up with an admittedly gorgeous, clean, and usable design. The Apple hallmark of simplicity oozed from every virtual pore on the surface. However, below the skin, a careful glance reveals that the iterant iWork update has stripped much meat off the bone.

Previously, the iWork suite was capable with AppleScript, supporting a range of capabilities and commands which could be established by a seasoned user. While the suite itself was never the pinnacle of AppleScript support by any reasonable standards, iWork ’13 has seen a significant omission of available AppleScript support. Following the complete rewrite of the constituent iWork apps from-the-ground-up, Apple has not deigned to include AppleScript support, interestingly enough, to the degree previous versions of the software maintained. In truthful irony, this leaves iWork’s competitor suite – Microsoft’s Office – significantly more capable using AppleScript than iWork currently does.

The new edition of iWork, hence, significantly simplifies – if not omits — the hallmark and most user-intensive features prior versions were known for. While long-time devotee Apple users have voiced considered outrage over the stripped-down nature of iWork ’13, the opposite effect, most interestingly, has taken place amongst basic Apple consumers, who have lauded the software suite for both its simplicity, compatibility between iOS and OS X, and fresh-faced emphasis on design.

Across the river and over the border, iLife has been met with a similar — though not parallel — fate. Throughout the 2013 release, Apple has deigned to reinvigorate iPhoto, GarageBand and iMovie with a far more simplistic and intuitive feature-base, aimed rather at the enthusiast than the professional. While GarageBand has seen a significant redesign for the musical journeyman – most notably in a completely over-hauled yet still skeuomorphic interface and Live Drummer support – iMovie has seen a significant simplification with a more accessible layout for those who get their kicks out of assembling home movies. iPhoto, rather tellingly, has received the least treatment between its richer, older sisters, likely due to the fact that iPhoto’s intrinsic skill set was already considerably simplified and unobtrusive.

Here’s where it all came to pass

However, both these moves, despite the discontent they have forged in Apple’s user circles, are presumably not without a greater plan. In fact, evidence of a blueprint for the future is at hand.

Apple’s approach to iWork – though it has been met with heated disagreement — is likely indicative of an approach to build a new application set with greater interaction between its native iOS and OS X versions. Prior iterations of iWork suffered from a limited interaction with both iOS and iCloud, as both support and features to interact with both vendors was an addition to an old codebase plagued by limitations. In a complete redesign of its iWork suite, Apple has placed itself in a position to work from a clean slate and offer a productivity suite with true compatibility between mobile and desktop devices.

With iLife, Apple’s approach is more considerable from a business perspective than a consumer viewpoint. With the provision of notably expensive applications such as Aperture, Final Cut and Logic Pro, Apple has begun to position the iLife suite — now free to the masses — as software aimed at the enthusiast rather than the professional. iLife, as Apple’s PR would likely punt, has been simplified rather than stripped down, and is now a tool not for the power user, but for the average consumer.

While the murmurs of discontent still populate the expanses of the internet, Apple’s move, while a step backward, is not without a forward plan. Apple has placed its apps on a diet, designed a new look and is ready to face the world as a new person – or software suite. Although, as in all things, there is a pain period (which thousands of enthusiastic Apple users are caught in limbo between) there is still hope for the future. Apple issued an apology for the omission of iWork features, and has outlined a manifesto of which features will make a welcome return in future updates – all that remains is for Apple to deliver fully on that promise and secure a future in the great and productive apps race. 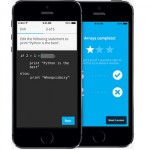