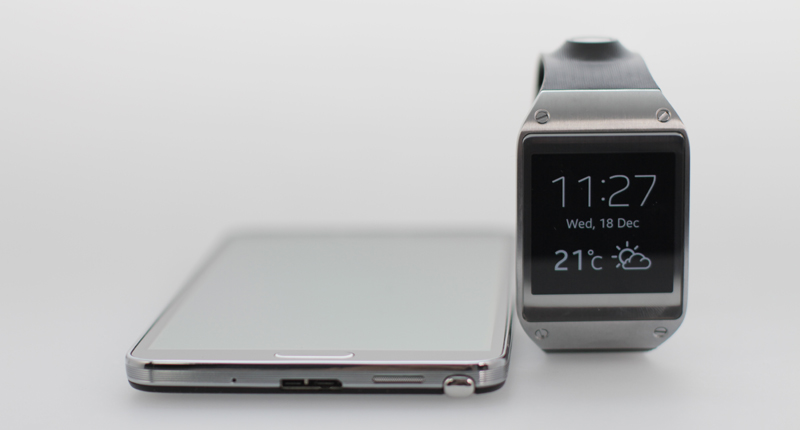 It was a typical Wednesday afternoon, except for the fact that my arm was ringing. No, I wasn’t holding my phone – it was happily charging in another room. In one of those moments that makes you think you’re stepping into the future (or at least acting out a part in a sci-fi film), I tapped my wrist and began to talk to the caller.

“I’m speaking to you on my watch.”

Of course, if Samsung has its way, scenes like that will be commonplace as the roll-out of its Galaxy Gear continues. Hey, it’s not Google Glass, but the device is still claiming a place in the wearable tech wave and showing how previously simple objects can become more useful with the aid of Bluetooth and a side serving of Android. But is this first generation worth it, or should you bide your time before investing in an intelligent timepiece?

On first glance, the Gear looks like any old watch – albeit a rather chunky one – and not the unusual device that it is. That’s until you twist your arm to wake the screen, or realise that there is a camera embedded in its wrist strap. It’s a 1.63″ (41.4mm) Super AMOLED touchscreen display nestled in a surprisingly comfortable band and an altogether light and attractive package. Granted, the screen is only 320×320 pixels (which sounds like a nightmare if you’ve seen the number of pixels packed into displays on phones like the HTC One) but it isn’t a problem at all. It’s crisp and easy to use even in direct sunlight.

You navigate through the Gear using a series of directional swipes – depending on whether you go left, right, up or down, you’ll be able to enter, exit and use different apps. Setup is relatively painless – if you’ve got any one of the compatible devices (basically, a new-ish Samsung tablet or higher-end phone). You turn on NFC, tap your watch to the back of your phone, download and install the app and you’re pretty much done.

So what does it do? Out of the box? Quite a lot. It can take photos and videos with its 1.9MP camera (surprisingly good ones), which sync almost instantly with your phone. It has a pedometer, S Voice (the personal assistant app), a calendar app, a weather app, the ability to record voice notes, a stopwatch and timer, and is able to receive notifications from your phone. Got an SMS? Read it on your wrist. There are some settings and customisation options on the watch itself, but it’s reliant on the companion phone for its life updates. Once that Bluetooth connection is broken, you lose a lot of the functionality, from the ability to make calls to receiving notifications.

Of course, the Gear does have its own standalone apps (the camera won’t die without your phone nearby, promise) and Samsung has tried to pack as much functionality as possible into something about the size of a matchbox. It has also partnered with a number of developers to make the watch even more useful (from Evernote to MyFitnessPal, Pocket and Tripit) and has plans to increase the number of compatible apps in the future. But overall, the device looks great and it just works — it connects seamlessly to your phone and doesn’t require your constant attention. Did I mention that it shuts the screen off until you flick your wrist to glance at it? No? It’s the little things. Plus one to Samsung.

But do I need a smartwatch?

The problem with this type of device — especially the first generation — is that you aren’t exactly sure why you need it yet. You have a phone — you can use it to keep track of your emails and take photos. Why would you need to drop US$300 on a device that, in a lot of ways, is trying to become the new home for things you previously did on your phone? And it doesn’t even do them that well — yet. Your phone probably has a better battery life (the Gear lasted 1-2 days depending on usage) and has more advanced apps and functionality. The Gear does allow you to talk to the air (or your wrist, if you must) instead of clutching a phone when making calls, but the quality is a little worse than what you’d experience using your phone on loudspeaker. Yes, the updates are coming, but it this worth the cash?

It’s difficult to give an answer, especially when you consider some of its limitations. For starters, the Gear is a watch you need to charge. Charge. And it needs to be loved by the nearest electrical outlet quite often, which unfortunately also requires a whole set of charging paraphernalia (a sort of charging docking station and micro USB plug is needed). It’s also a device which is heavily reliant not only on specific models of phones, but also (at this stage at least) the world’s largest smartphone manufacturer.

A smart buy but a hard sell It may be seen as a gimmick by many, but the Gear really is a companion — it does serve a purpose. Yes, you can just take out your smartphone, but when you’re wearing the Gear, you don’t need to. It really is easier to just flick your wrist. That said, the Gear also bears the curse of being the first iteration of an idea which still needs to be refined.

For the Gear to make bigger waves, it needs more device support, a better battery, and a price cut. It needs to move into the realm of “must have” instead of “gimmick”. Although it is an innovative creation, it may need to grow up some more before being able to convince the legions of S-fans out there that it is the device of the future. 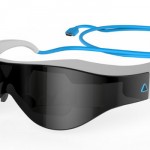