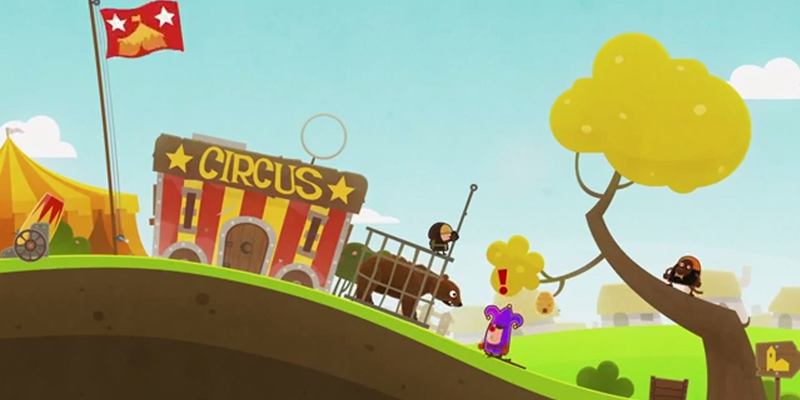 We say this about almost every year, but 2013 has been a great year for games, no really. With the launch of the next generation of consoles (thanks Sony and Microsoft) and the current-gen publishing some of its finest games, 2013 has had something for everyone… I mean even PC gamers got some DOTA 2 action.

Let’s take a look at ten games that really caught our attention this year, and achieved the most coveted of mantles: the Gearburn top ten games of the year.

It’s hard to get the experience of playing Naughty Dog’s The Last of Us across in words. It’s not just a mechanically-solid and beautifully designed game in every department from sound, to art direction, to level design, but it’s an emotional journey to play this game. The biggest achievement, and compliment, one can pay The Last of Us is that you care about the main characters, Joel and Ellie.

This is, wait for it… a well written game — something the industry lacks in spades. The ending itself, is nuanced, complicated, making The Last of Us stand out as one of the most intelligent and engrossing zombie tales to come out in years. This is the best PS3 game of the year, and potentially the best PS3 game ever.

GTA 5 is a behemoth of a game. It’s arguably the biggest world in a game ever and boasts the most content in a game yet. You’ll win that argument every time. Having three playable characters was a stroke of genius, adding a new level of strategy and dynamicism to missions, and messing around too.

But what is perhaps the most significant of Grand Theft Auto 5’s achievements is what it has done with online play. It’s structured chaos, and so much fun. Taking on 15 other friends and foes in a series of varied maps, from death matches to BMX races, there is literally something here for everyone. GTA 5 just misses our game of the year award, but only because The Last of Us offered up something we’ve never had before: human drama in a game.

Battlefield isn’t known for its single player offering. But this year, DICE has delivered a single player story that while heavily cliched, manages to grip us from start to finish. And when that’s over, the real battle begins. Battlefield 4 has the best online action of any shooter. Modern Warfare cannot even come close to the action offered by Battlefield 4.

It begins with levels that tear themselves apart (viva Levolution) and ends with 64 players (32 on Xbox 360 and PS3) battling it out with weapons that upgrade on the fly and four extremely distinct classes to play with. The graphics are outstanding and sound design is world-class. The shooter of 2013? It’s Battlefield 4.

The Wolf Among Us has only had the first of its five episodes released thus far, but what an episode it was. Following a murder mystery set to the backdrop of a modern city filled with fairy-tale creatures (it is based on the fantastic comic series Fables), this is a “game noir”.

You play as Bigbie — the Big Bad Wolf — a take-no-crap (well if that’s the way you choose to play him) detective, who has to follow the clues of a killer who likes to behead his victims. It’s a TellTale game, the makers of last year’s The Walking Dead, so your choices effect the story, and just like with The Walking Dead, you’ll feel the pressure and emotion of making the “right” choices.

Bioshock Infinite caught everyone’s attention thanks to its huge marketing efforts. Luckily the game lived up to the hype, and perhaps even surpassed it. The FPS was drop-dead gorgeous, set in the fantastical (and fantastically beautiful) world of Columbia hanging in the clouds.

The game delivered an ambitious story, dealing with themes of religion and xenophobia, coupled with strong gameplay. In a few years time we might even look back at Bioshock Infinite and say it was a work of art. And that ending, man oh man.

Tiny Thief is an incredible mobile game. From the makers of Angry Birds, Rovio, its brimming with charm and I would venture to say that it is one of the best mobile games available today. Its perfect presentation, with beautifully drawn cutscenes, exude a sense of quality and polish you don’t see in just any old mobile game.

This quality extends to the gameplay, an almost UI-less experience, which invites you to explore each and every level, surprising you with the results of your taps along the way. It’s a puzzle game at heart, and not particularly difficult, although it might stump you once or twice, this is a game with mass appeal, and it must be commended for that.

Retro games are having a resurgence of late. And right at the top of the pile is Hotline Miami, a bloody and downright addictive action game through and through. However, it’s not quite as simple as that, because Hotline Miami has strategy and puzzle game elements too, ensuring it’s not just mindless fun, even if it looks it on the surface. Cap it off with a killer soundtrack and this is easily the indie game of the year.

The Stanley Parable caught our attention for its peculiarity. A Half-Life 2 mod, the game is reminiscent of American Beauty in tone, a text questioning the humdrum of everyday life. It might resemble Portal at first, with first-person display and a prevalent narrator, but the game — or gaming experience — comments on narrative in games, all with a healthy dose of humour.

Defense of the Ancients 2, or as you probably know it, DOTA 2, brings PvP back to the forefront of PC-gamers lives. It may have been in beta for ages, but now, upon official release, fans are again enjoying intense combat and nuanced, balanced gameplay. The fact that DOTA 2 has delivered to bring back high-octane action, with improved graphics and a bucket load of heroes, proves the mantra that if it ain’t broke, don’t fix it.

Super Mario 3D World is almost a reason to own a Wii U. Mario has never looked or played as well as in Super Mario 3D World. It effectively captures the charm, love and vibrancy of the world’s most famous plumber in a four-player cooperative world filled with Nintendo magic.

The game is simply incredible and throws new ideas at us at a rate of knots. You’ll be shrunken to the size of a pea, bounce around in a magic boot and tackle some epic boss battles before Super Mario 3D World ends. Above all, Super Mario 3D World screams “fun” and grips you with its gameplay from start to end. 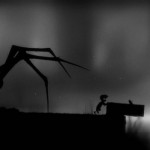