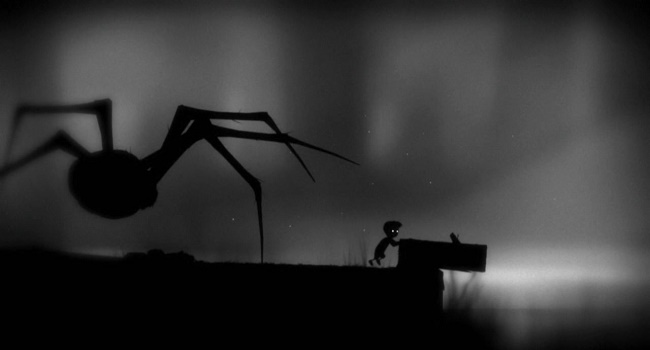 Looking back on the last three hundred odd days though, We all have a tendency to start compiling lists. With such a stressful year, I found myself turning to a lot of games to pass time and de-stress, so here are my top 10 iOS games for 2013.

Before I begin, I have to mention that this list is a combination of Apple’s results and my own choices. Also, not all of these came out in 2013, but I played them throughout the year, so that’s why they made the list.

Ridiculous Fishing
Ridiculously original and addictive, the title says it all really. Billed as a handcrafted game about fishing with guns, chainsaws and toasters, RF is a remarkable feat of classic 8-bit design mixed with innovative new school gameplay techniques that never disappoints. The world is infinite and the unlockables many, and with no pesky in-app purchases, you can play the entire game from first purchase. Do yourself a favour and get this now.

Limbo
While not new or specifically limited to iOS devices, Limbo is a game that I just couldn’t put down until I finished it. Since then I’ve picked it up numerous times just to experience the pure sensory satisfaction that this simple yet frustratingly complex platform puzzler provides. If you’ve not yet played it, get hold of it today and wait until after dark to play it with headphones. It truly is brilliant.

Candy Crush Saga
After seeing hundreds of ads for this game on Facebook and reading about how addictive it was, I clicked the install button and just like that, three weeks of productivity flew out of the window. The level of addiction that CCS fostered within me was truly something I’d never experienced before, especially once I’d passed the first few easy levels and had to wait for extra lives to generate over time. Now, I am the first to hate on in-app purchases, but I can definitely see how CCS is the top grossing app on the App Store, and will be there for some time yet.

Dots
As Gearburn editor Steven Norris mentioned is his in-depth review of Dots, it is like Tetris for hipsters. Lovely minimalistic design, addictive gameplay and ease of use all contribute to the success of this game. It was basically my go-to game when I was waiting for extra lives to generate on Candy Crush Saga, so in essence, Dots provided many hours of awesome gameplay and more importantly, saved me tons of cash.

Tiny Wings
An absolute gem of a game, Tiny Wings is a game that I keep coming back to every now and then. I think it has to do with the sheer joyfulness of the game itself really, as well as the pure satisfaction you get when landing the little bird perfectly on a downslope (goosebumps). The addition of “Flight School” in this year’s update definitely had me spending way too much time racing with the other little birds to take pole position. I’ve said it before and I’ll say it again, Tiny Wings will go down as a classic iOS game.

Badland
Like Limbo, I fell in love with Badland because of the playfully dark feel of the game. That and the yearning to keep my numerous clones from dying horrible deaths on buzz saws and temperamental vice-grips, Badland became my safe place when the mid-year slump arrived. On a technical side of things, the physics engine used for this game is mind-blowing and perfectly complements the effortless control system.

Snailboy
Snailboy arrived on the scene with many conflicting reviews. Some loved it for its beautiful graphics and slick design, others hated it for its difficult controls and felt it was unpolished. I must say that overall, I liked it. To me, it was a simple platformer that, if played enough, crept into your heart and stayed there for a long time. Snailboy as a character has got some serious personality and the creators have done a great job in creating a character that isn’t bound to the game. Yes, the controls are definitely a bit clunky in the beginning but once you get used to it, it becomes a great little game.

Terraria
I downloaded this game on a whim. Maybe it was the cool 2D styled retro graphics, or my undying love for that childhood classic Dig Dug that subconsciously pushed me to buy it, but damn, was I impressed. A complete mashup of collection, construction and combat, Terraria is one of those games that always surprises me when I play it. The multiplayer update has now been added to the original and allows you to play with three other players over WiFi, something I’ve yet to test but know it’ll be awesome.

Sonic Dash
Harking back to my childhood (again), Sonic is a character that just won’t quit. This year he returned in a number of iOS ports but my favourite was definitely SEGA’s take on the popular running game genre led by Temple Run, Sonic Dash. Guiding Sonic through memorable landscapes in third-person view, picking up rings and dodging bridges and other bad elements from yesteryear always entertains

Grand Theft Auto: San Andreas
Arguably my favourite title in the GTA stable (I’ve yet to play V. I know, right?), I was literally overcome with joy when I heard this was coming out for iOS. So naturally, I got hold of this on release day and haven’t put it down since. The graphics have been nicely sharpened and like with GTA III on iOS, the controls and entire gameplay experience has been cleverly adapted for mobile devices. One of my favourite features though was definitely the custom playlist option (create a playlist called GTASA, launch the game and choose MIXTAPE as your radio station). Pricey yes, but definitely worth it. 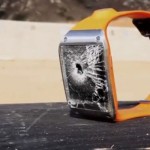