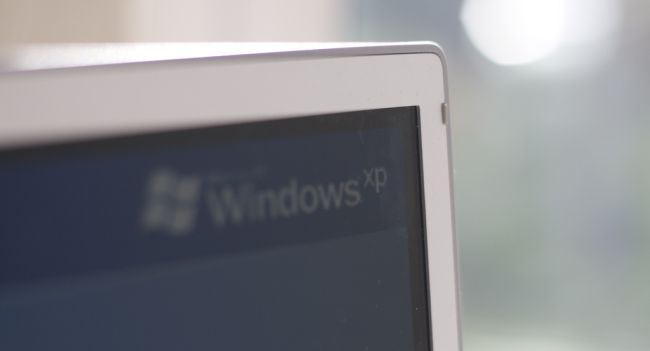 There’s a great legend which has been lost to history, of a war between two colossi: one was a behemoth – a titan known as the Windows PC – and the other, the distinctive underdog known simply, and efficiently, as Mac.

Time has been far less kind to this legend: in 2013, a quick glance at any tertiary-level institution sees an abundance of trademark white-glowing Apple logos, and a minimum of varied Windows computers. Unglamorously, the underdog won out between the young and hip – and a long and protracted battle of wits quickly gave way to boring court-case mudslinging between the victor and newer contenders.

Arguably, the decisive knock-out punch came as a result of Apple Inc.’s decision to ship its Macintosh range of netbooks and desktops with Intel processors. This gesture allowed newer Macs to run installations of Windows either separately from Mac OS X, or alongside it. Soon enough, the compatibility race was over; Mac users no longer had to beg to be able to run Windows-only applications or file formats.

It’s worthwhile, then, for any ardent Mac user to look at some form of maintaining a Windows installation on their computer. Despite the stereotypical tendency of Apple devotees to spite the “Old World” of computing, the benefits of maintaining Windows are plentiful: while making use of two operating systems, users are able to share remaining Windows and Mac-only architecture, as well as applications, differing file formats, as well as legacy games.

Mac OS X includes a utility named Boot Camp to partition a hard-drive disk, and manage separate installations of Mac OS X or any version of Windows. This allows users to switch out between operating systems, and access the files of the other through what appears as a separate drive. Naturally, as each operating system is constrained more-or-less to its portion of the hard drive, the full specification of the computer can be devoted to running either operating system seamlessly – which often results in the popular Mac moniker of “the best PC to run Windows on”. Maintaining separate installations of different operating systems allows each to run at their best performance, as during either a Windows or Mac OS X boot sequence, the internal RAM, processors and peripherals are devoted entirely to the chosen operating system. This is beneficial to power-users determined to either run high-end Windows games, or processor-demanding applications designed specifically for Windows architecture.

The consequence of maintaining Boot Camp partitions – put quite simply – is that they are, well, partitioned. Each operating system is consigned to a tidy corner of a hard drive– rendering running each operating system side by side quite impossible. Sharing displays between operating systems – or seamlessly exchanging files between each system can be more difficult than curing a volatile neighbourly feud. While its incorrect to say files cannot be transferred from each operating system to the other – as this is possible by exchanging files from the dormant section of the drive which will mount in the chosen operating system – the contending issue is running the files one would wish to transfer. Without a valid plugin or suitable application, Windows and Mac OS X formats will still not be accessible, or runnable. For example: Mac OS X will still be unable to run a .exe Windows program, while Windows will be left forever searching the expanses of the internet for a program to open a Mac .dmg program file.

Boot Camp, despite its advantages, is not the only way to run Windows on a Mac. Another method involves wedding bells and a good dose of the “Sharing is Caring” mantra: Virtualization.

Through popular applications available on Mac OS X, such as Parallels Desktop or VMware Fusion, it’s possible to create (using a valid Windows installation disc or installer file) a virtualized Windows workspace, which not only co-exists fluidly with Mac OS X, but is capable of sharing windows, displays, and applications, in stark contrast to partitioning one’s hard drive.

Virtualization, more akin to a marriage of operating systems than the fenced-in walled-garden world of Boot Camp, divides a Mac’s peripherals, processor and RAM across each operating system to ensure both run as fluidly as possible. Virtualizing a machine shouldn’t be restricted to running only Windows, either – currently most popular virtualization software suites support a multitude of operating systems, most notably the entire Windows range, Ubuntu, and Google’s Chrome OS. Virtualizing an operating system alongside the Mac’s native OS X allows (if the correct mode is selected on installation) drag-and-drop file transfers, as well as enabling Windows software to run side by side with OS X applications.

While virtualising Windows on a Mac may be a far more convenient measure of managing applications or file formats across different operating systems, there are drawbacks. A Mac running a virtualised operating system can run significantly slower, as the full specifications of the machine is being more-or-less halved to maintain both operating systems, and battery life. If the Mac in question is a laptop, it will experience a tremendous power-drain.

At this moment, no measure of running Windows on Mac is significantly better than the other. While recent developments have made the process of simultaneously managing two operating systems significantly easier, each is marked by both advantages and limitations, and the decision of what approach to use would be largely constrained by what realities one would expect from a Windows installation.

Power-users who spend a significant time dipped in the Windows area of the pool would perhaps benefit most strongly from a devoted Boot Camp installation, and occasional or lightweight requirements of Windows architecture would be best serviced by a virtual machine which provides access to both operating systems. A more novel approach, available in newer versions of Parallels Desktop and VMware Fusion, is to run a virtualized system in Mac OS X, from a Boot Camp installation of Windows. This hybrid approach offers many of the best advantages from both methods, and is worth considering.

In essence, managing Windows on a Mac has been made overwhelmingly simple thanks to recent developments in Mac OS X, and from third-party software. It has never been quite so easy (as it is now) to enjoy the best of both worlds. 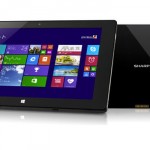