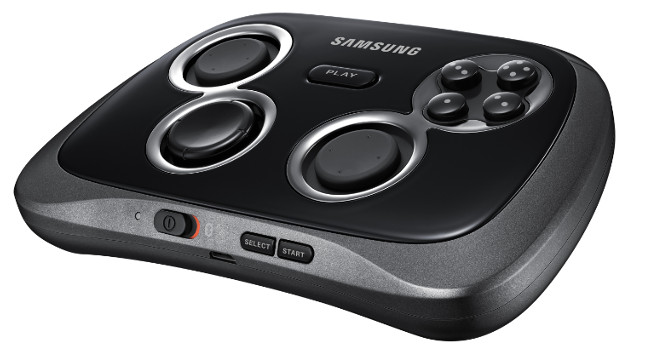 Games are accessed via the Mobile Console application which currently holds titles such as Need for Speed: Most Wanted, Modern Combat 4: Zero Hour and Prince of Persia: The Shadow and the Flame. Overall, it offers 35 dedicated titles at launch with more to come in 2014. The fact that the controls are all off-screen means that your whole viewing experience will be more immersive as your fingers won’t be in the way anymore. Samsung’s game controller weighs 195g and is encased in a durable steel frame which you attach to your Galaxy device ranging from 4″ to 6.3″.

As you can see in the picture above, it has a D-Pad, two analog sticks on opposite corners, four action buttons and two trigger buttons and a Select and Start button at the bottom. The Play button instantly launches the Mobile Console app but only works with Galaxy devices running Android 4.3 or later versions.

GamePad is compatible with all sorts of Android devices (Android 4.1 and up) though it’s optimized for Galaxy devices. If you have anything from a Galaxy Note 3, S4, Note II, to S III running Android 4.3 and higher, for instance, you’ll be able to use the NFC tag for quicker access.

The gaming peripheral can also connect with your smartphone via Bluetooth. For more comfort, you can pair your Galaxy device with your television using HDMI or Samsung’s AllShare Screen Mirroring features.

While the price hasn’t been mentioned yet, Samsung announced that the GamePad is now available in certain European markets and will be available in other regions in the coming weeks. 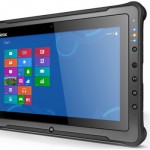