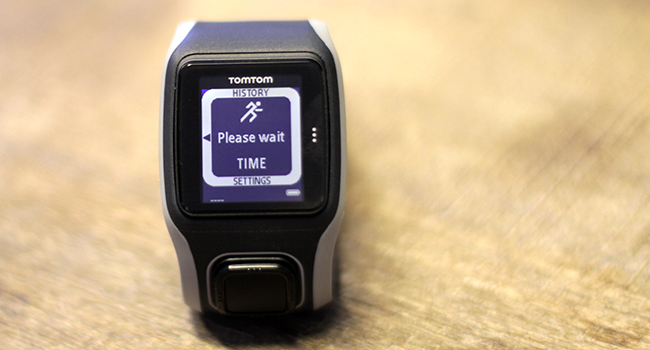 About a year ago, I was mugged while out running. It wasn’t particularly violent, I wasn’t hurt, but it was a pretty good lesson in why running with your phone in your hand isn’t always a particularly good idea.

Since I was unwilling to give up tracking my runs, I’ve had to come up with a few ways of minimising the risk. Strapping my phone to my waist with a running belt (hidden under a vest) has helped. So has making sure I avoid certain areas if I’m going to be running at dusk.

None of that however changes the fact that every time I hit the tarmac, I do so with a device that would: a) be fairly pricey to replace and b) mean spending a lot of valuable time getting its replacement set up just right.

One of the safest solutions, which I hadn’t been able to try until the TomTom Multi-Sport landed on my desk, was a GPS sports watch. After a few weeks, I can say that I would happily have one and, given full-time use of it, I would even consider leaving my phone at home.

One of the first things you notice when you put the Multi-Sport together is that it’s not exactly flash. In my books, that’s a good thing. Put it on your wrist and you`ll get appreciative glances from other runners, but not much else.

You see, unlike some of its “smarter” cousins, the Multi-Sport knows its purpose and its design reflects that. Its wrist strap is lightweight, and fitted comfortably around my wrist, which is more than I can say of a fair few of the watches I’ve owned in my lifetime.

Despite the fact that you have to remove the watch-face to recharge it or stick it on the bicycle clip that it comes packaged with (no need to buy a separate device for your bike rides), it never showed any sign that it would start to fall out with too much wear. The strap’s also pretty rugged and should last you for a good long while. So, the Multi-Sport has a great design, but none of that would matter an inch if wasn’t able to accurately track your swims, runs and cycles. Swimming is the easiest of the three disciplines to track (if you’re doing it in a pool that is) care of an in-built lap counter. Put in the correct length of the pool and the wrist you’re wearing it on and you’re A for away.

For runs and cycles, you’ll of course be relying on the watch’s GPS functionality. And while that can never guarantee the kind of accuracy in distance you’ll get on an officially marked-out race course, it’s not at all bad.

In order to get an idea of how the watch performed, I took it on a few runs at the same time as my smartphone (using the Runtastic app). While total calibration was difficult to achieve (the countdown timer on my phone helped at times), I was pretty impressed at how little discrepancy there was between the two overall.

So it’s at least as accurate as a smartphone and safer too, but the Multi-Sport has a couple of other advantages as a sports tracking device. First off, once you’ve got a handle on how the interface works (which shouldn’t take more than a minute or so), tracking your performance during a run is much easier. Sure it doesn’t have the same voice prompt actions as my phone but if I want anything more than the most basic stats then I have to whip it out and check.

Because I’m inherently clumsy, that usually means slowing down to walking pace. With the Multi-Sport, I can get my pace, average pace, duration distance covered, calories burned and heart rate without even breaking step.

Second, it’ll take more than a long run to deplete the battery. Intuitively, that makes sense, given that it has to commit to far fewer tasks than your phone does but in the time I had the watch, I never actively had to plug it in for a charge. In fact, I generally found that the time my unit spent plugged in while I was uploading my runs was more than enough to keep it topped up. If you’re an ultra-athlete though, TomTom reckons you should be able to get a maximum of 10 hours out of the watch in GPS mode. You’d most likely therefore need to charge it during rest periods on a multi-day event.

Of course, you’re going to have to trade-off a few things if you choose to abandon your smartphone in favour of the Mutli-Sport. I’ve already mentioned the fact that you don’t get voice coaching, but there are a few other niggles you’ll have to get used to too. You won’t be able to see a detailed summary of your workout (like you can with most smartphone running apps) either, that’ll have to wait until you plug the device in and sync it online. If you do want to see the results of your run on a smartphone, you’ll soon be able download the TomTom Mysports mobile app and sync it using Bluetooth (if you have an iPhone).

You also won’t be able to listen to music, although that’s something you can resolve fairly easily with the purchase of a cheap MP3 player.

If you do decide to go the GPS watch route, then bear in mind that you’ll be forking out a fair amount of cash, no matter which brand you go with. The Multi-Sport is at the higher end of the bracket, especially once you start adding optional extras, like a heart rate monitor but it doesn’t feel like a complete rip-off either. Depending on where you live, you also have to balance the cost of buying the watch with that of replacing your smartphone.

Verdict: The TomTom Mutli-Sport is a great sports tracking watch and just about has enough features to make it worth leaving your phone behind. Unfortunately, I’ll either have to jump a few pay grades or save frantically if I want to get one.