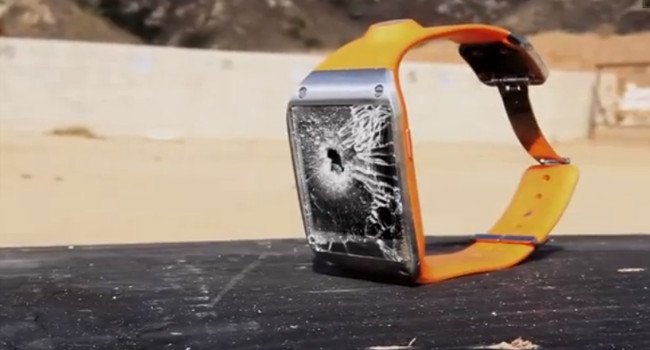 People are weird, the internet weirder. More than 400 000 people witnessed the iPhone 5C being torn apart by a sniper rifle shot in slow motion. Then, recently, the Tech Assassin decided to put Samsung’s latest smartwatch, the Galaxy Gear, to the test.

Then an epic communication takes place between the Galaxy Gear and the HK417 rifle. All still in slow motion of course, the 2.5″ screen at a resolution of 320×320 and the 1.9 megapixel camera take the beating of their lives.

The bullet borrows through the Gear’s 512MB RAM and the 4GB of internal memory like there’s no tomorrow and pops out the other end with ease.

If you looked really closely, you’d probably be able to see everything from the accelerometer to the gyroscope and the poor 315 mAh battery fly all over the place. Not really, you’ll only little shards and splinters of glass.

Samsung’s Galaxy Gear has come under a lot of fire recently (pun intended) after critics pointed out the poor sub-24 hour battery life and limited app compatibility. While Samsung might claim it to be still a product in its testing phase, many people still deem it to be too gimmicky for US$299. We’re sure the yet-to-be-announced Galaxy Gear 2 will be a great improvement. 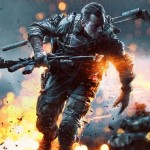