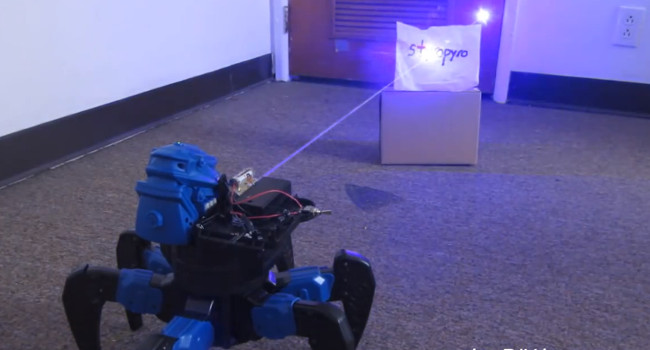 The Death Ray Laser Drone Bot is a homemade, remote-controlled robotic spider that shoots blue lasers. Instead of shooting little darts, the Attacknid robot has been modified by chemistry student Drake Anthony to become a “terrifying killing machine”.

“This beast packs a potent 2W blue laser that fires anything in its path. It can walk around and shoot its death ray at the touch of a button,” Drake boasts about his latest creation in his YouTube video. He further says that it’s designed to battle other robots.

The original Attacknid robot, which fires foam darts, has been hacked with a 2W blue laser diode. While it won’t slice anyone’s limbs off, it will certainly be strong enough to blind an unfortunate passerby. Demonstrating its accuracy, the laser gun sits on top of the spider bot’s head that then shoots through paper bags and a bunch of black balloons scattered across the room. An awesome toy, or a deadly world-threatening weapon (if produced in the millions)?

The gun has a 360-degree radius and is controllable from up to 60m “in-doors and out, over all sorts of terrain from grass to snow to gravel” with a remote control, notes the original product website.

Drake, who also goes by the name DIY Laser Guy, once created an impressive handheld lightsaber called BEAST. This video of the gadget shows the lightsaber cutting through various things such as paper, tape and cardboard. It even melts a (Sith?) ping-pong ball.

From the world’s fastest four-legged robot dubbed Wildcat to NASA’s humanoid superhero that can drive cars and break through walls, the world of robotics has been a brewing with deadly but exciting creations recently. 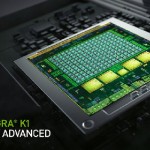