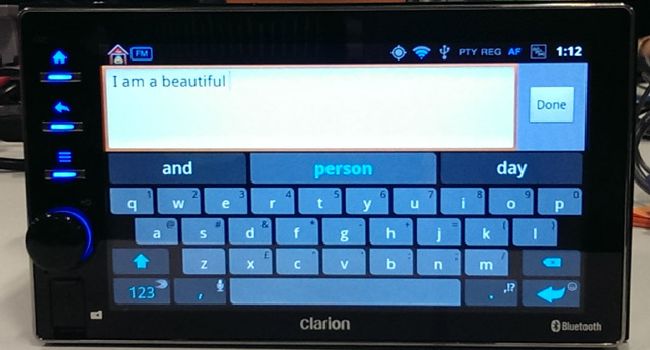 If you don’t know what Swiftkey is, then you’re missing out on the best keyboard app there is. Released in 2011, Swiftkey’s predictive typing is so spot-on that it’s practically the equivalent of touch-typing. So when the company announced at CES 2014 that it’s going to release Swiftkey for cars, we sat up and listened. And so should you.

One of the downsides of dashboard controls is typing. Doing it in the car while you’re driving is an impossibility, but Swiftkey’s the solution. Swiftkey will launch its first in-car keyboard app with the Clarion AX1, reports The Next Web.

The screen will be large and chunky, but it needs to take the knocks, this is a car we’re talking about not a smartphone. The 6.5″ display of the AX1 supports 1080p video playback, as well as GPS (naturally). But as cars become more like laptops with wheels, decent text input will be a must.

The Clarion AX1 is not a fancy car, it’s a rather expensive in-car Android device, customised with vehicle specific apps and a whole lot more. AX1 connects to a Bluetooth phone for internet access, which is handy for the streaming radio and social media options on offer. Sure, we could use voice control instead of physically typing (it’s also safer) but let’s face it, text input is still far more preferable than voice. Have you ever tried to dictate an email with Siri or the Android equivalent? To put it mildly, it’s less than accurate.

The answer for now is what Swiftkey proposes: a port of its world-famous virtual keyboard to the motoring environment. At least it’ll give bored back-seat drivers a chance to checkup on their email and tweets. Just remember kids, only losers text and drive. 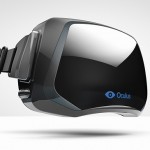