From the Xbox One and a Moto X to Her and Siri, voice recognition tech is becoming more common from ordering pizza, Skyping a friend or attempting an autobiography. In a recent interview with Quartz, Intel’s head of wearables Mike Bell spoke about its Jarvis project — a piece of wearable tech that would give users voice control over their device, even offline.

The bluetooth headset sits in your ear and connects with your smartphone. It’s similar to the existing voice-controlled Google Glass but is said to have faster recognition response time. This could theoretically mean that having natural conversations with our smartphones, or more specifically our software, would be possible.

By using Intel’s voice recognition software and a small but powerful mobile processor, the company is trying to find a way to communicate with Jarvis, without the need of the cloud, which Google Voice or Apple’s Siri must use. While Android does have offline functionality, it’s limited to Google-only applications.

The prototype headset is called Jarvis. Yes, that’s Iron Man‘s popular AI assistant. Intel says that it’s meant to give users the ability to “both listen to commands and respond in [Jarvis’s] own voice, acting as both a voice control and a personal assistant.”

Bell refers to Jarvis’s competitive functionality as “graceful degradation,” which means that it works even when the phone it’s connected too is not online.

Mike Bell notes how annoyingly limited current digital assistants are in that they become completely redundant once you’re offline. “It’s fine if [voice recognition systems] can’t make a dinner reservation because the phone can’t get to the cloud,” he adds. “But why can’t it get me Google Maps on the phone or turn off the volume?”

Bell says that Intel is planning on selling this software to unnamed mobile phones manufacturers other than Google and Apple. 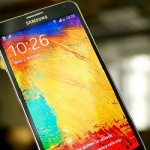