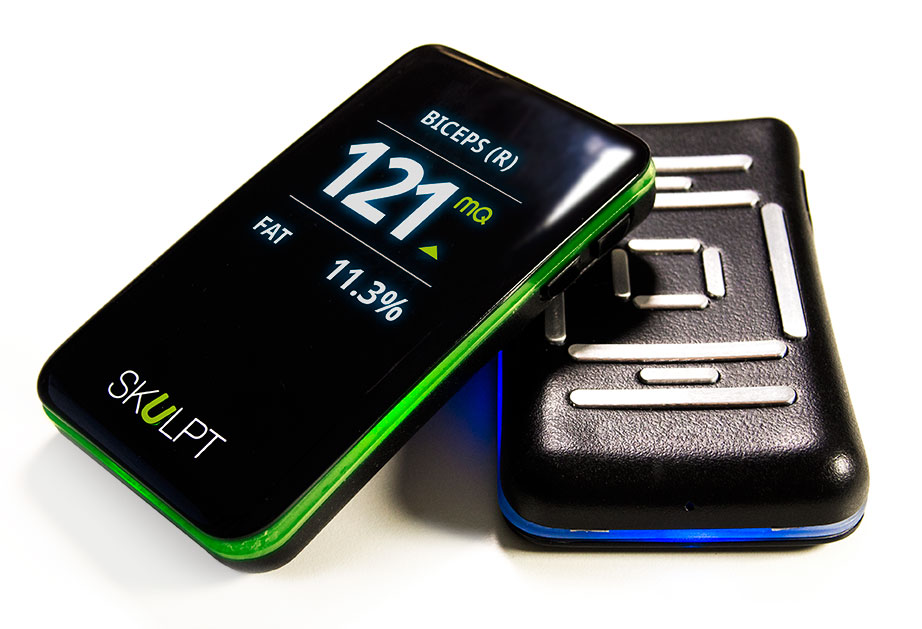 Squint your eyes while looking at the lineup of fitness gadgets at International CES this year, and they become almost indiscernible — that’s because they basically all do the same thing. Little wearable gadgets that clip onto your clothing or wrap around your wrist, diligently calculating your calorie consumption based on your body movements or heart rate. These devices are great for managing body weight, but what if you’re interested in monitoring your body’s muscle composition?

Up to now, both indie and big brand-backed digital health gadgets were targeted at the consumer concerned mostly with maintaining an amicable relationship with their bathroom scale. There’s been notable a lack however, of consumer devices that can accurately paint a picture of a person’s muscular development. Until now, that is.

Hold the tape-measures and skin fold callipers and take a look at the Skulpt Aim, the world’s first one-touch, muscle fitness measuring device.

An innovations award honoree for health and fitness at CES 2014, the Skulpt Aim claims to hold the title as the world’s only wireless device able to accurately measure individual muscles’ fat percentage and muscle quality.

The Aim works by measuring the flow of electrical current through individual muscles. The data collected by the Aim’s sensors are then converted into precise fitness metrics that are displayed instantly and synced wirelessly to a personal online dashboard. The dashboard allows for goal tracking, social sharing features and so on.

The technology has been 13 years in the making and has already been proven in top US hospitals. Dr. Seward Rutkove, Skulpt co-founder, is a neurologist at Harvard Medical School. In collaboration with physicists at Northeastern University and engineers at MIT, he developed and tested early prototypes that measured Electrical Impedance Myography (EIM). EIM, which forms the basis for the Aim’s function, is a non-invasive technique that uses electrical impedance (the resistance of an electric circuit) in individual muscles, as a tool for diagnosing neuromuscular diseases.

In 2009 Rutkove teamed up with Jose Bohorquez, an electrical engineer from MIT, to found Skulpt and later develop the Aim as a commercial product aimed at fitness enthusiasts who wish to track their muscular development. It uses a metric called Muscle Quality or MQ. MQ rises as your muscles become more defined and stronger. Skulpt says that the average MQ is around 100.

The Aim is smaller than an iPhone, and water-resistant. Quantifying your muscle fitness is as simple as press the Aim against a body part and hitting a button. The Aim will calculate and display your muscle quality, and by combining granular measurements, it can also help you form an idea of your overall body fat percentage.

Skulpt CEO Jose Bohorquez, notes how people often gain weight when they first start to exercise and get discouraged when in fact they’re losing fat and gaining muscle. Aim solves this problem by distinguishing muscle from fat in each part of your body, providing a much more accurate representation of your progress.

The device isn’t on the market yet, but you can pre-order it for US$139 through Skulpt’s crowdfunding campaign on Indiegogo. The retail price will be $199.

With five days left on Skulpt’s crowdfunding campaign, the company has already surpassed its US$100,000 fundraising goal by 300%.

Pre-orders should start rolling out around May this year. 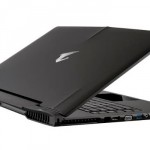