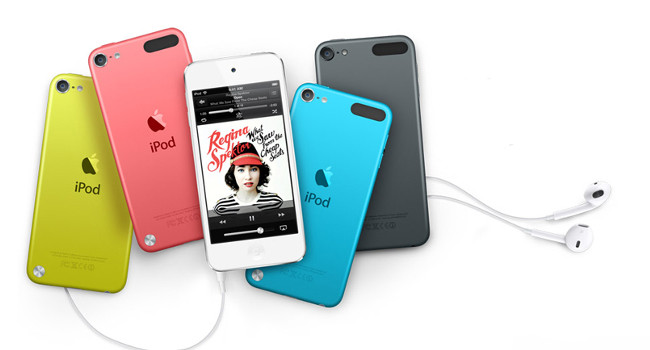 Time hasn’t been kind to the iPod.

Back in the early Noughties, Apple’s white brick of musical power was the fuel that essentially ignited a still ongoing space race in mobile computing and media consumption. There was a whiff of rebellion in the air; the bold new kid on the block had just taken the world by storm, and its followers were marked by the shine of sterling white earphones in a world otherwise dominated by the now-geeky Sony Walkman.

Nowadays, the iPod is really just old news. Let’s think about it — the top end model is essentially an iPhone with less phone. The ageing fossil is now called the “Classic” model, a throwback to the past, is still sold, but not in great numbers. Everyone’s humming the words “iPhone”, “iPad,” and “Mac”, far more than the word iPod crosses their lips.

Perhaps this is a bit of an oversimplification — perhaps the iPod is still relevant. I’d like to think it is. Were it not for the iPod — Apple’s proverbial first step to the fame the firm has today — perhaps the technological revolution might have stayed in bed for a few more hours.

Undoubtedly, there’s more to the iPod than a love note on the pages of history — there’s a calling, a destiny, and furthermore, a reason why it is still with us today.

Realistically, the iPod line of today isn’t so much fragmented as it is shattered. In the dirty dozen (or four) there’s the Shuffle, the entry-level music player. Next up is the Nano, which is (currently) a half-baked idea aimed squarely at the biceps of gym goers. The support-act Classic rolls up next, reminiscent of the earlier days of all things “i”. Then at the top of the range in all of six colours is the Touch which in essence is a squashed, spray-painted, antenna-less iPhone. Many ask what exactly happened to this family portrait, and the answer is actually quite simple. The kids grew up (one didn’t quite go as planned), Mom sits at home (fading into obscurity) and Dad’s out — dressing like his boss. The only question more pertinent to the iPod line is why there has to be a family portrait at all.

The top-end iPod touch essentially appeals to consumers desperate for a more affordable touch-style iOS device — the majority of people who own one (myself included, with the 2nd Generation model) purchased it for the advantage of not having to pay off on a data contract. Hence, few people actually fill up the device’s coffers with the music its product line is intended for — the iPod Touch is rather filled with apps, games, videos and movies really meant to be delivered to the iPhone’s front door.

Thus, the “magnet” market, which flocked to the iPod when it was introduced, have more or less been left out in the cold. The iPod Classic, the venerable last-line descendant of all those who came before, has been bereft of a major update for years, and (according to experts) is likely to soon be consigned to the graveyard of history. Let’s not forget that those wonderful people who funded Apple with those early iPod purchases did so to buy a high-capacity media storage and playback device, for their media library. With the advents of piracy, the iTunes Store, and file-copying et cetera, it’s likely to hypothesize that the average (modern) consumer’s iTunes library has probably trebled since this period.

Using the iPhone, arguably what we can call Apple’s flagship mobile media and communications device, is fantastic. Yet, like Rome of ancient times, the iPhone takes on too much territory — and without fail, after holding several hours, the barbarian hordes rally under the call of “Low Battery” and drag the polished city walls into obscured digital darkness.

Hence, an iPod with the focus solely on music/video/photo playback, with enormous capacity and battery life, like the Classic, does fill a need greater than what Apple would likely admit. Perhaps, then, it’s best defined as ironic that Apple, a company dedicated to innovation, created a dated product that simply can’t be brought out of the past.

It’s unfortunate that conditions at present beg for the return of a refreshed Classic as the primary iPod — the ongoing market interest in Smart TVs and media hubs simply begs for the release of a revolutionary — yet simple — mobile device product. One that can store (and possibly stream) different kinds of media formats stylishly in a small, portable chassis.

Perhaps the biggest issue in filling this need is that Apple most likely doesn’t know just how to take the Classics design and function into the future — as in essence, it’s a necessary throwback which still sells — and if it sells, there must be a reason we still need it, right?

Maybe the world doesn’t need another stocking filler in the iPod lineup. Perhaps what we really need is something that completely rewrites the bizarre product line that Apple has thrown together over the years. Less niche product, more mass appeal — something to carry around our media libraries separately to what we use our mobile phones for.

Ideally, we want something to rock out, gym, or to drive to. Something which has battery life for weeks, can hold a battleship’s worth of media files, and is as timeless as it is modern. What we’re really saying, then, is that we still need the iPod. We need something new — something which is devilishly brilliant, simple, familiar… and yet seemingly different from everything else.

Now, if that product description doesn’t have Apple written all over it, I’ll hand over my iPad. 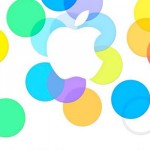