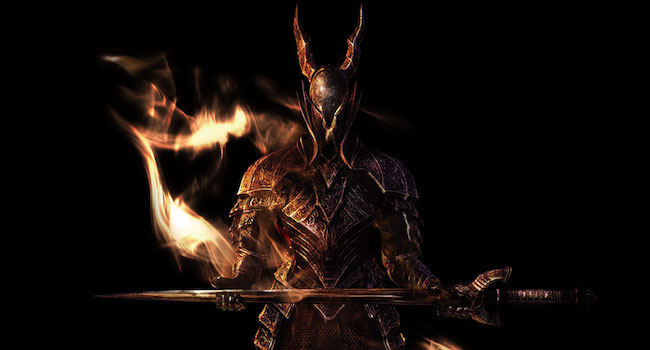 Anyone who has played Dark Souls and has been lured in by its charms knows this is not a game you play half-heartedly. Once it sinks its tendrils into you, there’s no escaping the addiction. And why would you want to leave? This is a world stuffed with memorable moments. Lordran is a bedevilling place with dark catacombs, rat-infested sewers, abandoned towns, lush gardens, knightly towers and gladiatorial battlegrounds. Every new location offers something new. The only constant is that you will die – again and again and again.

Let’s look back at some of the unforgettable memories that made our stay in Lordran so memorable. They’re presented in roughly chronological order.

In a game where every step you take is treacherous, the first few hours of Dark Souls can feel punishingly difficult. There is, however, a saviour at hand – provided you know how to get it.

The answer is the Drake Sword, a handsome blade borne from the scales of a dragon and the only weapon available to you early on that will dispatch enemies quickly. But as you soon learn, nothing this good comes easy in Dark Souls.

To acquire the sword you need to dismember the tail of the Hellkite Wyvern guarding the bridge to the Undead Burg, but getting up close to the Wyvern is impossible. Once you work out what do, however, you’re rewarded with a sword that will be an invaluable ally in the early stages of the game.

It’s possible to bump into Havel early on in the game. That’s because the level design in Dark Souls is open-ended and devoid of artificial barriers that block your progress. But taking on Havel as a novice is a bit like David taking on Goliath without his sling. Running is by far a better option.

Even when you return to fight him later in the game, it’s a tough battle because Havel is covered head to toe in thick armour and wields a massive club called the Dragon’s Tooth. As a newbie, he can kill you in a single shot, which makes this initial encounter with him all the more memorable – and terrifying.

Blighttown is hell on earth, and there’s no avoiding it. Upon entering the dimly lit mining town you’re tasked with carefully making your way down to its very depths where a poisonous swamp lies in wait.

Dutifully you make your slow descent, using interconnecting bridges and rickety scaffolding to move around, and ladders to descend. Finally, after hours of toil – after being burnt to a cinder, poisoned and impaled; after battling frame-rate dips and near-darkness – you make it to the bottom.

Guess what? You could have avoided the whole schlep by finding the secret door in the Valley of the Drakes that circumnavigates almost all of the level. The game doesn’t bother to tell you and only experienced players will know to seek it out. Yeah, Blighttown is memorable for all the wrong reasons.

The less said about being cursed, the better. The memory of the time I walked headlong into a group of frogs in The Hollow to be surrounded, killed, and cursed, is still seared into my retina. Being cursed in Dark Souls means the maximum amount of health available to you is halved, and the only way to reverse the curse is by seeking out a particular merchant in the Undead Burg.

Before going off to visit the merchant, I decided to pay the frogs in The Hollow one last visit. You know, for revenge and all that.

I didn’t realize the frogs would get the better of me again. I certainly didn’t anticipate that you can be cursed more than once. Indeed, upon making the trip to the merchant, red-faced, I had virtually no health at my disposal. One mistake and I was dead.

Opening the gates to Sen’s Fortress

When you first arrive in Lordran you’re instructed to ring “the two bells” to learn your fate. The first is in the Undead Burg, and the second is in Queelag’s lair in Blighttown (see what I mean about that darned place being unavoidable). But once you’ve completed both tasks you’re treated to a glorious cutscene of a hulking demon opening the gates to Sen’s Fortress. This map is full of deadly traps, but the knightly Anor Londo lies in wait…

I like to brag that I beat Ornstein and Smough on my own. That’s true. But it took me most of a fortnight to do it. If there’s ever been more a difficult boss fight in gaming, I’ve yet to hear of it.

Dark Souls players know this deadly duo well. Smough is a big, corpulent blob with a rotund tummy and a small head. He wields a big hammer that he likes to bring down on your head. Smough is lithe and fleet-of-foot, with a sword he can impale you with. On their own, they’re hard enough. But together, they’re darned near impossible.

Sane players will enlist the help of a friend online to help them through. But I was gripped by a masochistic urge to succeed solo, and the feeling of achievement when I finally succeeded was momentous.

Finding Vamos in the Catacombs

The blacksmith in The Catacombs is a big demonic looking thing that you might draw your sword to at first sight. Then you hear the comforting “thwack, thwack” of his hammer. His name is Vamos, and he’s the only comforting presence in a devilish map full of intricate twists and difficult jumping puzzles. Discovering Vamos feels like finding a long-last friend, and he can craft some great weapons for you too.

The Tomb of the Giants

Just when you think you the have game figured out, the Tomb of the Giants throws a new curveball your way. Indeed, in a game that’s all mounting challenges (stronger enemies, trickier level design, jumping puzzles, and so on) the next logical step is extinguishing the lights, leaving you in darkness to fend for yourself.

That’s exactly the predicament you find yourself in when visiting this level; a cavernous underground lair with bad guys lying in wait. But familiarise yourself with the layout of the map, find a Skull Lantern and the task suddenly doesn’t seem insurmountable.

Fighting Knight Artorias (only available in the PC version of the game, or the Prepare To Die DLC for consoles)

Artorias is a knight whose name is mentioned throughout Lordran, but you never come face to face with him in the original game. The Prepare to Die DLC rectifies that. While the DLC offers up new areas to explore and different enemies to slay, it’s the encounter with Artorias that stands as the high-point of the new content.

Artorias prowls a crumbling arena that looks fit for gladiatorial kings. The arena is falling into ruin but Artorias’ thirst for combat has never been greater, and the fight you take part in is epic. He’s unlike any other boss in Dark Souls because he’s so fast, and gives you only a tiny window to catch your breath.

You’re never really finished with Dark Souls, because as soon as the final credits play the game invites you to jump back in again, only this time with your equipment, armour and weaponry intact. The catch? You’ll fight slightly stronger enemies.

New Game+ is a blast and you’ll be amazed at how much you’ve learnt and how much easier the earlier levels suddenly feel, owing to the experience you’ve gained. It’s hugely satisfying to explore the world with confidence, and you’re suddenly free to enjoy the sights of Lordran without watching your back at every turn.

And savouring Lordran is perhaps the most unforgettable moment of all.

Credit to all those Dark Souls fans who poured tireless hours into the game and uploaded it on YouTube. 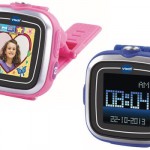