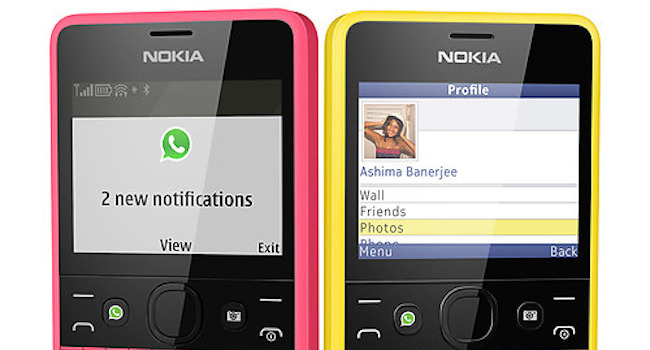 Update, March 2017: We’ve since published an updated list of affordable smartphones for WhatsApp — you can check it out over here.

It bought messaging app WhatsApp for US$19-billion. Doesn’t it know that it costs US$1 on iTunes?

For those out there who want the WhatsApp experience but cannot afford a top-of-the-range phone, there are thousands of cheaper (mostly Android) devices to choose from which will run this popular messaging app. I’ve listed eleven below.

All phones on this list are currently in stock on most popular ecommerce sites. With 4GB storage, Android 4.0 and a 2MP camera, this QWERTY smartphone was made for chatting. Here’s one of the best, least expensive and nippiest smartphones there is. If you can find it, a purchase is a no-brainer. Our very own Jacques Coetzee rocks this little number, and he adores it. It’s very pocket-friendly (it’s tiny) and exceptionally nippy for an entry-level device. Tiny, yellow and possibly the cheapest phone on the list, the Asha 203 not only runs WhatsApp, but Facebook and Twitter as well. An excellent device, and it’s an incredibly sturdy phone. In my opinion, Motorola has created an Android phone that rivals the iPhone/Galaxy S4 itself (in terms of value for money). It’s fast, with a brilliant screen and the price is astonishing. Sony’s yet to release this classy little number, but when it does, I predict that it will explode onto the scene. It’s cute, pleasingly chubby and has a gorgeous 4-inch display. While ZTE may be a bit of an unknown to you, rest easy knowing that this is an excellent device. With a 1.2Ghz CPU and a 480×800 display, the Blade could be the fastest phone for under US$50. While the Ascend Y300 may look budget, its performance is anything but. Combine that with a 233PPI display (better than most feature phones), and you’ve got a winning device. LG has hundreds of quality phones, the company has seriously stepped up its game in the last few years and phones such as the L5 II are the result. A 4-inch screen, 4GB internal memory and a 5MP round off a rather special little phone. With a decent 3MP camera, Android 4.0 and a beefy 1750mAh battery, the Galaxy Rush is a great choice for those who require a WhatsApp phone that lasts the entire day. Do you like, touchscreen phones? How about, keyboards? Would a keyboard-slash-touchscreen phone wet your whistle? Then take the Rise for a spin. Did I mention that it costs under US$40? Well now you know. 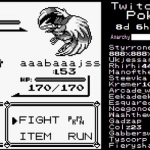