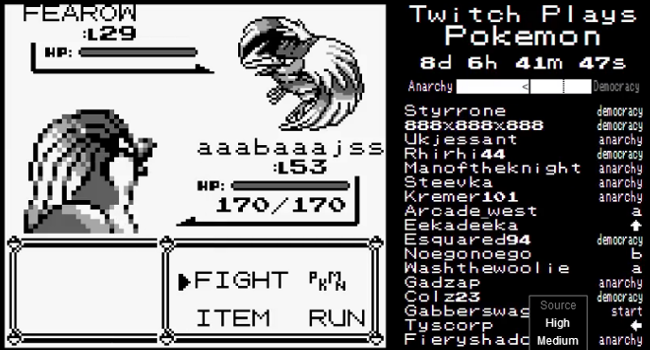 The popular game streaming channel, Twitch, has put the old-time classic Pokemon: Red and Blue into the hands of tens of thousands of participants across the vast net. It’s been almost a week since the TwitchPlaysPokemon experiment launched that lets people vote on game inputs live. Recently peaking at a massive 100,000 users saw the Twitch servers even buckle under the enormous pressure.

It’s the purest form of organised chaos. Using the internet hive mind as a tool to play a simple, very much-loved game has seen Ash fight off a 29 level Fearow and venture past Celadon City.

There are two modes for determining the input in the game: Anarchy mode is the original mode, where everyone’s inputs are applied immediately. The newer, more organised Democracy mode chooses the most popular input provided during a 20 second voting period.

Player participants vote whether the game’s protagonist, Ash, should move forward, backward, attack a Pokémon, drink a health potion and so forth. They do this via Twitch chat, so much so that it started taking a toll on Twitch’s chat systems. In a recent blog post, Twitch wrote the following:

“The unique nature and huge chat participation in the TwitchPlaysPokemon experiment has put enormous (and unforeseen) stress on our chat system. We’re always working on improving the [Quality of Service] of our chat system, and this has been a wonderful learning experience for us.”

Twitch had to roll out the red carpets. It opened up a dedicated event chat server which is usually reserved for big shot international events such as League of Legends or Dota tourneys.

Join the chaos or sit back and watch. It’s quite fascinating: 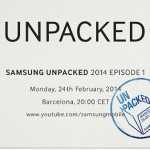