The Galaxy S5 is an important phone. When it’s revealed on 24 February in Barcelona at the Samsung Unpacked event, eyes will melt and global warming will reverse itself. Or, we’ll be treated to a mild iteration of Samsung’s most popular smartphone series.

Would a real-time fingerprint scanner which works with a quick swipe be of any interest to you? A fingerprint scanner, embedded into the Galaxy S5’s home button has been “confirmed” by “all our insiders” says SamMobile. This also means that the S5 will still use a physical home button, and not an onscreen button (like the Nexus 5 has).

The sensor works with a swipe “at moderate speed”. The site also reports that wet fingers won’t work and the S5 will literally tell you to dry off your finger before trying again. Best of all, it shows a real-time image of your finger as it swipes. We can’t wait to see how that looks.

Eight fingers can be registered for the device, with each print acting as a shortcut to various functions on the device. But one finger can only be used for unlocking the S5. For instance, and just like it is with Apple’s App Store, a fingerprint can be used instead of a password when accessing a Samsung account. Hopefully we’ll see the fingerprint scanner in action at Mobile World Congress in Barcelona.

The S5’s are getting closer to release now, as popular benchmarking site Antutu has listed two Galaxy S5’s in its database: the Samsung SM-G900R4 and a SM-G900H says IBTimes.

Even though the Prime seems to have lesser specs, it fared better in the benchmarks thanks to a lower pixel count and the Octo-core CPU says the report. We’ll learn more come 24 February when the Unpacked 5 event kicks off. Hopefully the names aren’t final, as they’re lacklustre at best.

Samsung’s newest event invite for its Unpacked 5 event, hosted at this years MWC, is filled with Nokia N9-like app icons grouped into colour-coded categories. Is Samsung going with the flow as it prepares to fill the upcoming Galaxy S5 with colourful new apps related to health and social media? The focus of this years CES was undoubtedly fitness and health related devices, it makes sense that the S5 will follow suite with its own set of working-out specific apps (Samsung loves to follow trends, not set them).

The S4 began the trend with a few preloaded fitness apps like S Health, the S5 will continue with “Outdoor”, “Style” and “Fitness” software, all predictably grouped into a “I am a human being who enjoys these sort of things” category. The other apps found on the new invite are easy to suss out, but it’ll be interesting to see the unique spin Samsung puts on the worryingly similar apps we know and loathe. What we’re not digging is Samsung making every app “to the power of 5”. Needlessly clever marketing usually points to software covering up for what it lacks, which in this case will be a reason to use the new S5’s exclusive apps past the first week.

Samsung’s nailed a date for its “Unpacked 5” event says PCAdvisor. Above is the press invite for the Unpacked 5 event.

There’s no doubt that the Unpacked event is happening, at every Samsung event (we’ve been to most), the South Korean company always launches a new phone. At the last Unpacked event, Samsung launched the Galaxy Note III and Galaxy Gear Smartwatch. Before that, it was the Galaxy S4. So in our minds, there’s no doubt that the S5 will be revealed at the 24 February event in Barcelona. Expect the S5 to go on sale a month or two after the announcement. It may even launch sometime in April, say Bloomberg

There’s been scant details for the S5, of course, but a few believable rumours have surfaced. We reported earlier last month that the S5 would come in two variants: one a cheaper plastic model, the other a metallic S5 with premium internals. It’s both unknown and ill-advised for Samsung to do this, as it’s essentially splitting a decent phone into two, and both may end up being less impressive because the dual phone production. We also said that the S5 may be the first 64-bit phone from Samsung, but that may all fade away if the company decides to launch two models of the same phone.

Another interesting clue: Galaxy S5, Unpacked 5. There’s no way that’s just a coincidence. It’s all going down at Mobile World Congress (MWC), the largest mobile phone trade show of the year, and we’ll see if it’s all coincidental, or the launch of another underwhelming smartwatch. 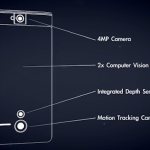