Customers in India eager to buy Motorola’s cheap but cheerful Moto G will have to put their Android ambitions on the back-burner for a while, 10 to 20 days longer reports The Times of India. The Moto G sells for Rs 12 499 (8GB) or Rs 13 999 (16GB)  exclusively from Indian eStore FlipKart which has invited potential buyers to reserve a 16GB Moto G when it eventually goes on sale again.

Motorola’s new Android phone sold out within the first four days of going on sale; when we checked the site, the 8GB model was said to be in stock, but the 16GB Moto G needs to be paid for in full for those who even want to secure a device.

Again, the site repeats that the phone will ship in “10 to 20 days”. When the Moto G launched earlier this month, it sold well over 20 000 units during the initial launch hours. The Times of India reports that the 16GB Moto G sold out in “under 15 minutes,” which is fair for budget-priced smartphone rocking these sort of specifications (how many other phones do you know for under US$200 which has a screen resolution of 326 pixels per inch?).

CEO of FlipKart Sachin Bansal noted an interesting trend with customer sales. The majority of Moto G purchases were the 16GB version, and customers were opting with their wallets. Pricing between the 8GB and 16GB Moto G models are fairly negligible and works out to a US$16 price difference. Which for double the storage is barely anything at all. To put this in perspective, the price difference between a plastic 16GB and 32GB iPhone 5c is US$100. What’s US$16 for double the space? So the 16GB quickly sells out, leaving the 8GB readily available for any customer willing to snap up a phone with half the space. 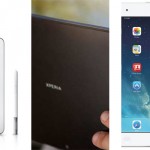