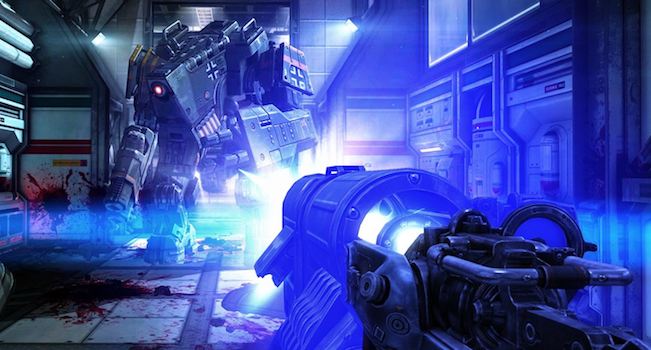 Back in the 1990s, Wolfenstein was king. It was the first true first-person shooter of its time and placed you in the shoes of American hero B.J. Blazkowicz during the height of World War II. Between you and the hundreds of Nazis you slayed was the ultimate prize of all: the death of the Führer himself.

Many, many moons later, Wolfenstein feels awfully dated – and understandably so. Still, while there have been several attempts to reboot the series since, no developer has quite been able to capture the essence of the original while still giving the formula a modern twist.

Say hello to Wolfenstein: New Order, a fresh entry in the fabled series that has all the bravado, brains and bullishness to carry the Wolfenstein name. The series has been crying out for a game with the balls to rejig the formula and inject a dose of life into its fetid corpse, and thanks to a recent press preview, we’re happy to report that New Order is doing just that – one syringe of adrenaline at a time.

Indeed, there are lot of reasons to look forward to its May release date. Firstly, it’s being developed in Uppsala, Sweden and is comprised of former staff members of Starbreeze. Yes, the same team responsible for the bulk of Riddick: Escape from Butcher Bay and The Darkness is working on New Order, and that’s a good thing indeed.

The second positive is that New Order isn’t afraid to take risks. It’s no good simply serving up the same old scenarios with rehashed ideas and then slapping on the Wolfenstein logo for good measure. We’ve been deserving of something new for years now, and that’s just what we’re getting.

How does a new setting sound? After a lengthy prologue missions ends, the muscle-bound Blazkowicz awakens to find that it’s the swinging ‘60s (seemingly even MachineGames didn’t dare kill him off). The Nazis have long since won the war and are in full Kim Jong-un mode, except that they preside over the entire world, not a small slice of Asia. Shaking free of his amnesia, B.J. is forced to reconcile the fact that his garbled rags no longer suit the sassy decade he’s awoken to, and much like Austin Powers, he realizes he’s out of place.

That is until our hero punctures the jugular of a Nazi guard and decides to take on the might of the Nazi army – alone. New Order soon dishes up hedonistic pleasures left, right and centre, and before the blood has even dried on B.J.’s hands he’s dual-wielding machine guns (and even sniper rifles) and liberally spraying lead into anyone that dares bare a Swastika. Heads go bouncing around like tennis balls, legs and arms explode in a cloud of giblets, and it’s all very gory indeed.

In between these moments of hilarious hyper violence we’re introduced to the repugnant scum who rule the Nazi roost. The best of the bunch, at least on early viewing, is a creepy general with a Joker smile and a comic book moniker to boot: Deaths Head.

That’s not to say the story doesn’t look promising. Added to that, MachineGames has clearly invested a lot of time into the world itself. This new alternative era feels equal parts horror and steampunk. There’s something otherworldly going on, what with mechanised robots patrolling the Nazi empire, and as you traverse the cold stone hallways you come across meticulous propaganda in honour of the Führer. There’s even a Trevor Phillips-esque torture scene thrown in for good measure, and murmurs of hapless prisoners being chucked into incinerators or being used as guinea pigs. Best of all, MachineGames has learnt a thing or two from Butcher Bay, and gives you the room to search out alternative routes through each level. New Order is largely content to be a balls-to-the-wall shooter, yes, but there are plenty of times when non-linearity abounds. And remember those inmates you could opt to help in Butcher Bay? There’s a similar system at work here too, with optional objectives scattered across each level. The levels tend to be a whole lot bigger – and more intricately designed – than you might first imagine. Diehard Wolfenstein fans will appreciate the nods to the original game, too, like Nazi portraits that can be triggered to reveal secret pathways.

As for the sensation of a shooting gun? Well, that’s handled with aplomb. The gunplay is excellent, and there’s the same kinetic, staccato energy to the gunplay that made Riddick such a blast to play.

All told, New Order is shaping up nicely. It strikes the right balance: just enough campiness, intrigue, and a liberal smattering of giblets for good measure. Most of all, it feels fresh.

It remains to be seen whether the final game will pull together in such a way that we’re compelled to play it until the end, but developers claim it’ll take in the region of fifteen hours to complete. Can they successfully pair the gameplay with a compelling narrative? We’ll have to wait until May to find out, when New Order arrives on next-gen consoles, PC, and the Xbox 360/Playstation 3. 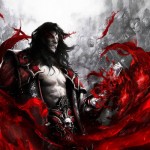