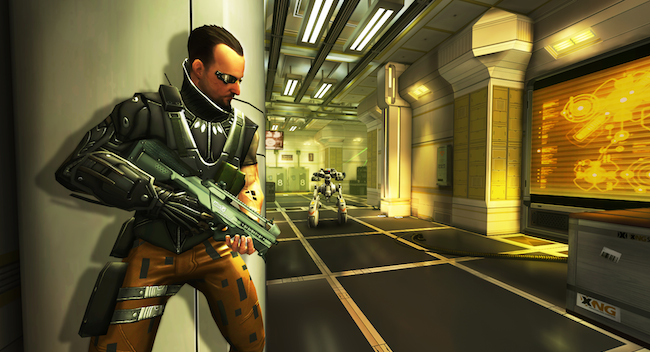 Addiction is a terrible thing. Except when it comes to games. We wholeheartedly support gaming and gear addiction, and these five games are still burning down our batteries. When will it ever end? Hopefully never.

Addictive is an understatement when it comes to Flappy Bird. You take control of a flying bird (more like a tennis ball with a face and wings), navigating it through the pixel-art retro world, taking caution not to hit the Mario-style pipes protruding from the top and bottom of the screen. It is a simple game to understand but don’t think for a second this makes it an easy one. It will require a high amount of concentration and even a higher tolerance of frustration to succeed in this game. Now put this high-stress level game together with its notorious ability to aggravate and watch how mental institutions, exclusively for Flappy Bird victims, start popping up all over the world.

Colossatron is a brilliant amalgam of cheesy absurdity. Basically a massive robot dragon creature thing from space (got to love it) invades Earth, ready to blow it into oblivion. An exciting aspect of the game is that the Colossatron is on your side and your greatest enemy is General Moustache and his human army. Your objective is to grab pieces of the Colossatron floating around the screen and slot them into its body, increasing its size and overall destruction ability. As the game progresses you will be able to unlock more insane weapons of mass destruction to add to your arsenal. The game has an awesome cartoonish look with a style reminiscent of 90’s cartoons such as Teenage Mutant Ninja Turtles and Spiderman. If I haven’t convinced you yet, just watch the trailer. This game is sure to keep you busy for hours on end.

The Deus Ex cyberpunk adventure has returned. Enter a world of conspiracy and turmoil in 2027 where there is a tense divide between normal and augmented humans, where the augmented humans are dependent on a drug called “nueropozyne” to stay alive. You play as Ben Saxon, an augmented mercenary that is on the run from his previous violent boss and soon ends up in the middle of a drug war. Deus Ex: The Fall does extremely well to keep the spirit of Deus Ex: Human Revolution alive. You will once again be exploring the gold-tinted environment to discover secret passageways, collecting intel, hacking computers and dealing with enemies in a “lethal” or “non-lethal” manner. The story is stimulating and strong, the graphics superb and the gameplay exciting and addictive. Whether you’re familiar with the Deus Ex world or not, this is definitely a high-end mobile game worth checking out.

Archangel is a perpetual rollercoaster of hack-and-slash mayhem. You play as a spirit-winged, weapon-wielding warrior that travels through a Diablo-like environment while wreaking an orgy of violence on whoever stands in your way. Admit it, that sounds great. The graphics are absolutely astonishing for a mobile game and the gameplay is extremely immersive. The game has a simple point A-to-B recipe with lots of enemies to destroy and treasures to loot on the way; at the end of each mission you will be dealing with a boss battle, so yay. There is also the exception of some survival mission where you will be facing waves of enemies bent on tearing you apart, keeping the game exciting. If you’re looking for a high-quality, action packed mobile title then Archangel is a good bet.

Syberia is born from the creative mind of Belgian comic book author and illustrator, BenoÎt Sokal. It is an amazing point-and-click adventure game that is filled with striking visuals and has an in-depth and imaginative narrative. You play as Kate Walker, an associate lawyer who has been sent to Valadilene to secure an important business deal for her New York law firm, Marson and Lormont. Valadilene is home to the Voralberg factory, once a great creator of puppets, toys, clocks and automatons. But as this game takes place in the present, the rise of video games and electronic toys has marked the end of Voralberg Factory’s mechanical creations. Kate is here to aid in closing the buyout of Voralberg Manufacturing by the Universal Toy Company. The late Anna Voralberg, the apparent last member of the Voralberg family, was the one to take over the factory. But then it is discovered that there might be another unknown heir. And so Kate’s journey begins across the lands of Europe and Asia to discover the truth behind this mysterious heir. It plays as awesome as it sounds. 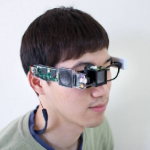