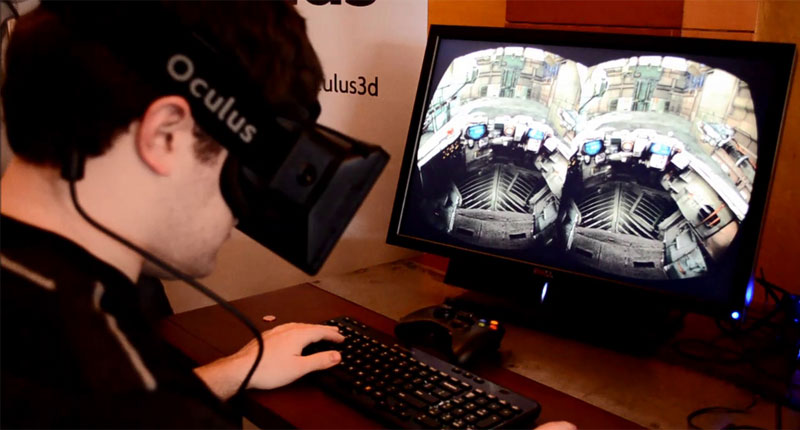 Is this a pre-April Fool’s joke? The Smurf-blue social media giant Facebook has announced that it will be buying tech startup Oculus VR, makers of Oculus Rift, for US$2-billion.

We could see the virtual reality headset finally opening up to the world and not just the niche gaming community. We’ve seen the Rift being used for loads of things. Its potential stretches far beyond the realms of gaming but Oculus always relied on this strong community for support and used this to carry the flag when it first promoted its Kickstarter campaign back in September 2012 as the “headset for video games”.

From NASA to the US Marines, Oculus Rift’s augmented reality capabilities have already been experimented with in prominent communities outside of the gaming industry. With Facebook backing the startup, we could see these experiments become more than just that, and actually be implemented.

In a Reddit post, Oculus VR founder Palmer Lucky writes, “Facebook was founded with the vision of making the world a more connected place. Virtual reality is a medium that allows us to share experiences with others in ways that were never before possible.” (Also, 2-billion in dollar bills, bay-bee).

From revolutionising sports to education, as announced by Facebook founder Mark Zuckerberg, “Imagine enjoying a court side seat at a game, studying in a classroom of students and teachers all over the world or consulting with a doctor face-to-face — just by putting on goggles in your home.” Imagine that. With a popular commercial brand and money from Facebook, Rift would be able to revolutionise commercial industries, not just niche dev communities.

Minecraft creator Markus Persson is at the forefront of the dev opposition.  He wrote in a blog post:

“Facebook is not a company of grass-roots tech enthusiasts. Facebook is not a game tech company. Facebook has a history of caring about building user numbers, and nothing but building user numbers. People have made games for Facebook platforms before, and while it worked great for a while, they were stuck in a very unfortunate position when Facebook eventually changed the platform to better fit the social experience they were trying to build.”

Persson’s got a point. Facebook has no solid history in games. It supported the likes of Zynga, which doesn’t hold the greatest amount of respect in the hardcore gamer’s community, but Oculus will still largely operate without direct Facebook influence.

In an announcement, Zuckererg says: “We’re going to focus on helping Oculus build out their product and develop partnerships to support more games. Oculus will continue operating independently within Facebook to achieve this.” Emphasis on: “operating independently”. He also says that “Oculus already has big plans [for virtual reality gaming] that won’t be changing and we hope to accelerate.”

Luckey reassures us that “very little changes day-to-day at Oculus, although we’ll have substantially more resources to build the right team”. This could mean that Facebook will only be providing the necessary juice required for Rift to become bigger and hopefully better.

Some are scared of corporate influence, others are not that phased. As reported by Polygon, Sergio Hidalgo — the developer of horror game Dreadhalls for the Oculus Rift — says, “Seeing the numbers involved, my first thoughts is that it will probably mean Oculus now has almost ‘unlimited’ resources, which I guess could accelerate the research and development process, and how fast they are able to put a product into the consumer’s hands.”

From niche gaming tech to mainstream. With the likes of Sony’s virtual reality headset for the PlayStation 4 recently announced, it makes sense that Oculus VR needs a bit more muscle to compete, and ultimately survive in the long-term. It needs content to survive.

This step from niche to commercial could also spell free-to-play games and content. With the blue social giant being known for rushing after user numbers, it could be a likely move to make VR games and other media content as accessible as possible. Let’s just hope it doesn’t spell the rise of freemium titles on Oculus Rift.

As reported by The Gaurdian, George Buckingham, a developer with offbeat studio Die Gute Fabrik, notes that this move might take away from the gadget’s freedom. He writes, “The FB acquisition of Oculus seems 80% likely to kill their momentum […] It’s probably going to get locked down in annoying ways and stop being a cool weird tech you can freely hack on.”

Luckey says that this acquisition is the “clear and obvious path to delivering virtual reality to everyone. Facebook was founded with the vision of making the world a more connected place. Virtual reality is a medium that allows us to share experiences with others in ways that were never before possible.”

Whether more means better or not remains to be seen. Whether Oculus VR is selling out or simply going forward is also not clear. Whatever the case might be, hopefully this means we’ll see the gadget being released sooner rather than later… for cheaper. 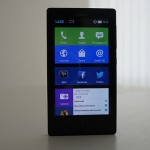