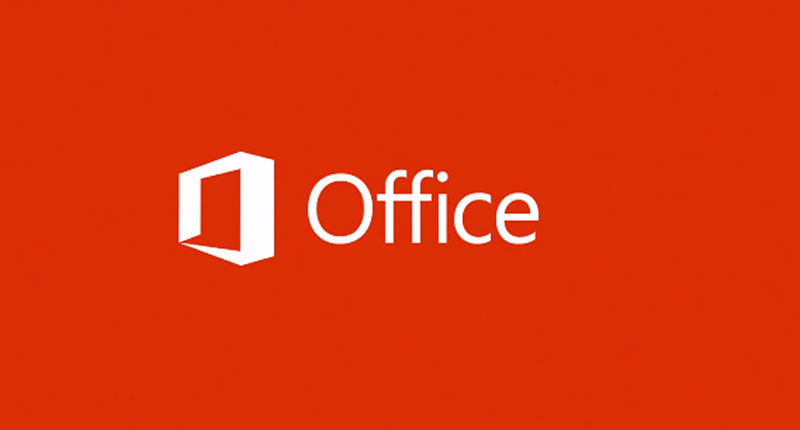 Microsoft’s Office 365 suite has finally made its way to the iPad. After years of rumours, the iPad suite currently consists of Word, Excel, PowerPoint and the less popular OneNote. Interestingly, Office apps became the most downloaded in the first few hours after their on iTunes.

The three apps, with the exception of the tad older OneNote app, were ranked most popular in less than twelve hours after they were launched competing with the likes of Apple’s iWork. While Microsoft is relying on the sweet temptation of its freemium subscription service to make this move worth its while, it’s still going to have to pay Apple 30% of all new in-app purchases, the big red fruit confirmed to re/code recently.

Your applications will sync across all your devices where documents are stored on OneDrive and SharePoint. Other features include the notable clean minimalist design with the popular ribbon-style interface that most Office users are familiar with.

“It’s about giving Office users the same experience on any device they want to use. Our commitment going forward is to make sure we drive Office 365 everywhere. That means the web, tablets, all phones and PCs,” says Microsoft CEO Satya Nadella.

Apple CEO Tim Cook soon after the launch welcomed Microsoft Office 365 to iTunes in a tweet to which Nadella replied:

Welcome to the #iPad and @AppStore! @satyanadella and Office for iPad

Thanks @tim_cook, excited to bring the magic of @Office to iPad customers #cloud4mobile

Here’s some snapshots of what the apps look like: 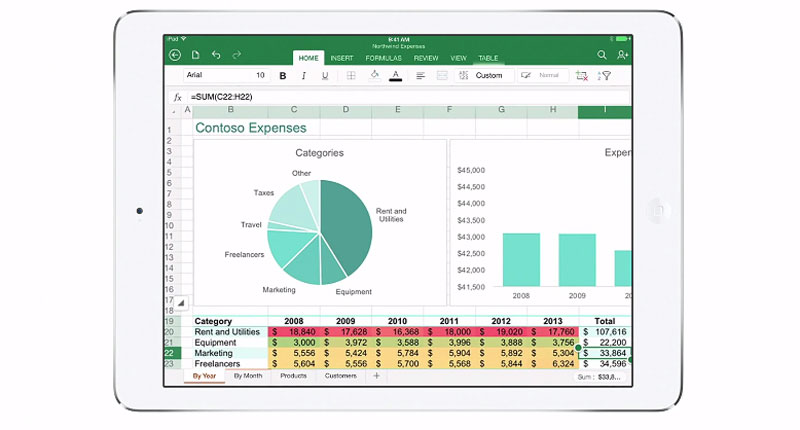 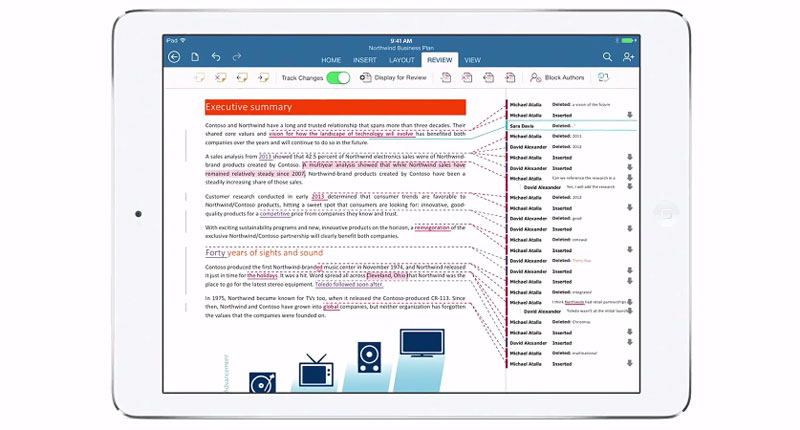 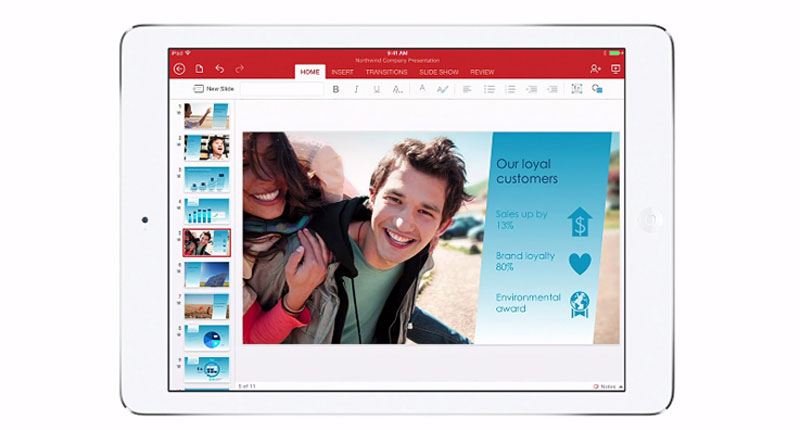 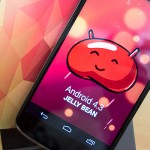