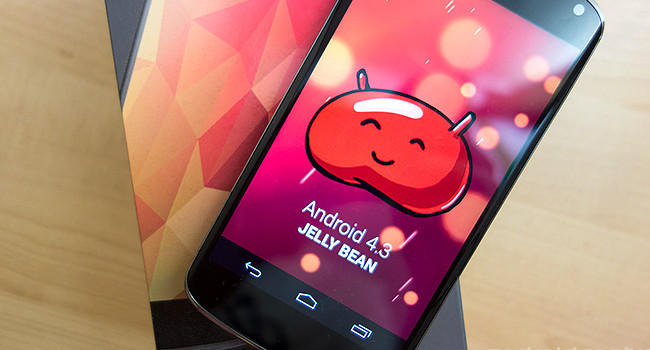 Are you looking for a stable experience on your smart devices? According to a new report by performance monitoring company Crittercism, Android is said to have less reported app crashes than iOS. To further rub some salt in the wounds of Apple fans, the Samsung Galaxy S4 is said to be the most stable device out there.

Based on the research company’s 1-billion active participants, the report notes that while Android apps crashed an average of 1.7% of the time on Gingerbread, Google’s mobile OS beats iOS overall. Newer Android versions: Ice Cream Sandwich, Jelly Bean and KitKat, were found to have a crash rate of around 0.7% compared to iOS 6, 7, and 7.1 which have an average crash rate of 1.23%.

As reported by Android Central, iOS 6 crashed a much higher 2.5% of the time, with iOS 7 cutting that down to 2.1% and iOS 7.1 to 1.6%. Here are some visual stats found in the State of Mobile report which you can find here: 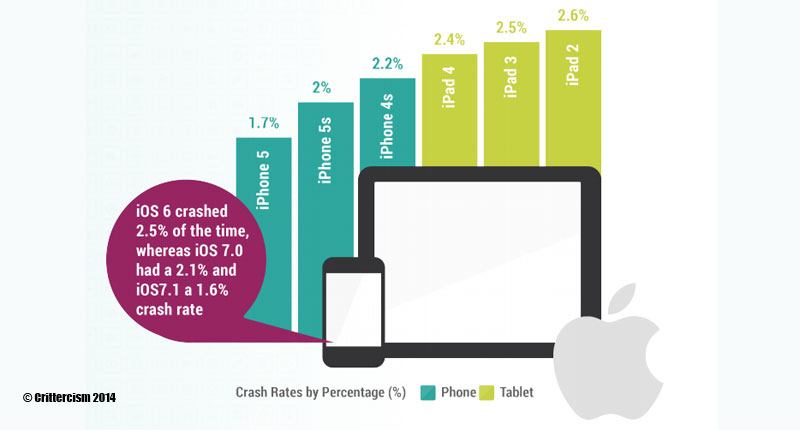 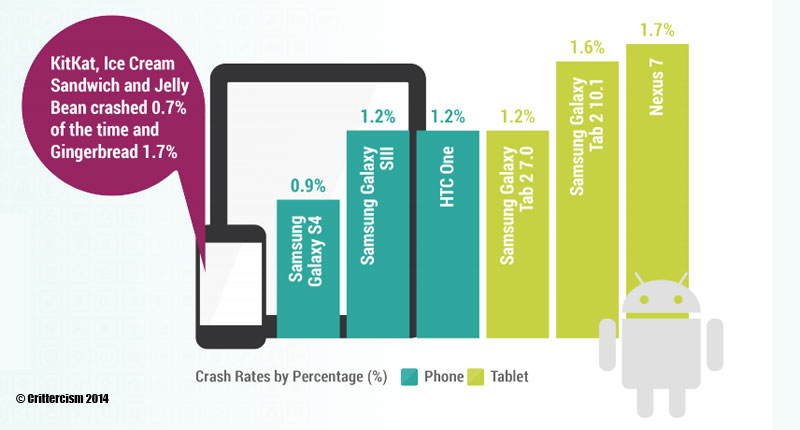 The report further found that games, for obvious reasons, are most prone to crashes while ecommerce apps are least likely. It’s not all win-win for Android however — KitKat might be the most stable mobile operating system, but Gingerbread is still the most widely used and the least stable of them all. 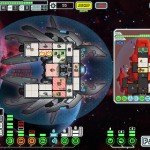