By Steven Norris: grumpy curmudgeon
Read nextFitbit Flex review: the smart fitness tracker that will get you off the couch 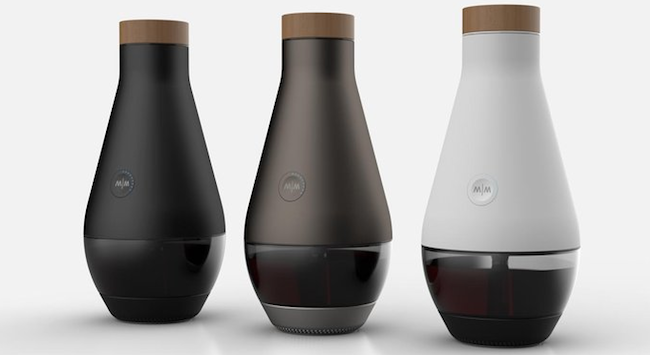 Wine drinkers, smartphone owners, rejoice and drink in the fruits of your success. The Miracle Machine is real (pricey) and guaranteed to impress hipsters and wine imbibers. For roughly the price of an iPhone 5s, we can soon turn water into wine via our iOS or Android phones. Too good to be true? Not really. While the winemaking machine is still in the funding stages (so it may not make it to our reality), it’ll cost US$499 when it eventually launches.

The makers of the Miracle Machine named it after the “miracles in the bible” but it’s science, not faith which keeps this machine ticking. With it’s PlayStation-like blue light and globular shape, the Miracle Machine at least looks the part i.e. all natural and futuristic at once.

The creators of the Miracle Machine asked themselves one question, which in turn began the process of the winemaking machines divine creation.

Could you bring a higher level of science to winemaking? Could the industry be modernized by technology just as many other industries have been? Winemaking is still considered by most an art. Secrets are closely guarded. As a result the price of a good bottle is still high. So Kevin and Philip spoke to their friends in Silicon Valley. They explored the possibility of accelerating the winemaking process using a low amount of heat and a computer controlled environment.

The science behind the Miracle Machine is a closely guarded secret, all we know is that heaters, pumps, electrical sensors and transducers create a controlled environment where the fermentation takes place. Best of all, it’s all controlled by an iPhone or Android.

Winemaking will be a piece of pie. By mixing in grape concentrate, yeast, and “the final sachet of ingredients”. The costs for all of these will be under US$2 to produce a US$20 bottle of wine. So it’s not a pure water-to-wine theory, but it’s as close as science will let us get.

There’s no long-term storage of the wine though, as each bottle only lasts 1-2 weeks, due to the fact that the wine has been machine-aged, but the makers say that it tastes as if it’s been aged for “a few months to a year”.

Simply add the concentrate and yeast into the machine, add 600 ml of water and then use the app on your smartphone to start the process. The water, concentrate and yeast sit in the Miracle Machine’s “fermentation chamber” while the Miracle Machine app monitors progress in the background. Near completion, the app will direct you to add the small sachet of finishing powder, which contains the oak and other flavors that will allow your wine to taste as if it has been aging for several months to a year. 24 hours later, the app will then notify you through an alert letting you know that your wine is ready to drink. 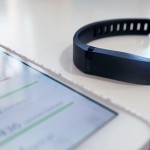 Fitbit Flex review: the smart fitness tracker that will get you off the couch
Reviews • 7 Mar 2014
Read More
More