PS4 fans, let’s get you excited. There’s a bunch of updates coming to Sony’s current-gen console if Ashan Rasheed, an “industry insider”, has anything to say regarding the matter. According to DualShockers, Rasheed is “quite accurate” when it comes to Sony leaks, but we advise taking this news with a pinch of PS-approved salt.

PS1 and PS2 emulation is alive and well, and fully capable of rendering games in 1080p. This is no surprise as it’s been an option with the PS2 and PS3. Sadly, we won’t see native PS3 emulation on the PS4 anytime soon, says IGN.

The Blu-ray and media update is a much-needed addition, as the PS4 is a useless media player. With some luck, Sony’s PS4 will gain the ability to run video files from an external hard drive, and playback Blu-ray movies.

And then there’s the mysterious VR demos, of which we’ve seen none since the introduction of Sony’s VR headset, Morpheus. It would be excellent if the general public could get their eyes on a video of Sony’s vision of the future.

“Exclusive game stuff” could mean anything so we’ll drop the speculation and wait for actual results. As for a PlayStation Now launch, we’ve got some facts to share. The recently announced PlayStation Now service will let gamers rent and stream select PS3 titles for US$5-6 a pop. What’s so exciting is that PS3 games will be playable on almost any Sony device, from standalone TV’s to PS Vita’s, says CvG. The bad news? Sony recommends a 5Mbps internet connection or more.

The PS4 is still the best-selling current-gen console worldwide, but the Xbox One is slowly catching up thanks to prominent Titanfall sales. Will the recently-released InFamous: Second Son further cement Sony’s sales figures? Alongside the legacy emulation, the PS4 looks to offer the best selection of games, old and new. And there’s no denying that. We’ll know more come June when E3 kicks off. 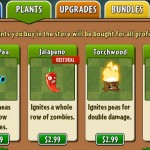