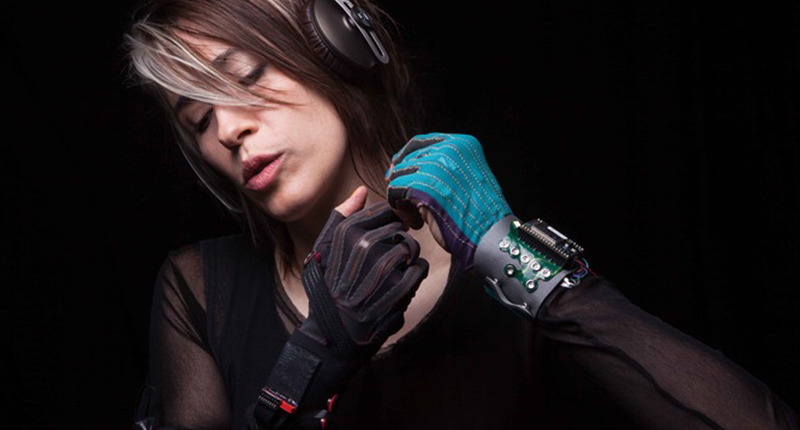 Before we discuss the Mi.Mu Glove, look at what its creator, musician Imogen Heap, can do with it.

Now, there’s a lot of technical terms and money about to be discussed but ultimately, Imogen Heap has created music from nothing but gesture alone. She is, and I loathe to use the word, disrupting the world of audio.

Let’s get the money out of the way first. The Mi.Mu Glove is a Kickstarter project with a goal of £200 000 and now, on day 16, has raised just shy of £67 000. Mi.Mu (pronounced “Mee Moo”) costs £1200 for a single glove equipped with music-gesture-making technology. With just over two weeks to go, Mi.Mu may reach its final funding goal, if only by the narrowest of margins. It’s a fair price to pay for what will be, at the very least, an incredibly fun way to interact with music. Happily, the technology behind Mi.Mu is worth the heavy entrance fee.

Open-source hardware and heaps of talent drives Mi.Mu, which eschews traditional music tools for an equally traditional instrument: the human body. Mi.Mu tracks the orientation of hands, the “flex” of fingers, hand posture, direction and sharp movements to create a floating DJ booth from nothing. The movement of our hands are then directly translated into audio and transmitted over wifi to create sound. Glove data is mapped to music control signals and can be accessed by software such as Ableton Live, Pro Tools, Logic Pro or Max/MSP plugins such as Kontakt and Omnisphere, says the Kickstarter page. The glove’s genesis started as far back as 2009, when Imogen Heap visited a friend at MIT, saw the glove on a table, tried it out and took a pair for her musical experimentations. Each textile glove is fitted with a number of sensors that detect the flex of fingers in real-time. The “secret weapon” is x-OSC, a wireless I/O board which controls and relays the gloves gesture data. The challenge now is for Imogen Heap and her team to receive full funding for Mi.Mu. They best work fast because companies such as Leap Motion are nipping at Mi.Mu’s heels with their own gesture music tool, Muse. The race to bring instrument-free music to the masses is on. 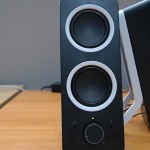