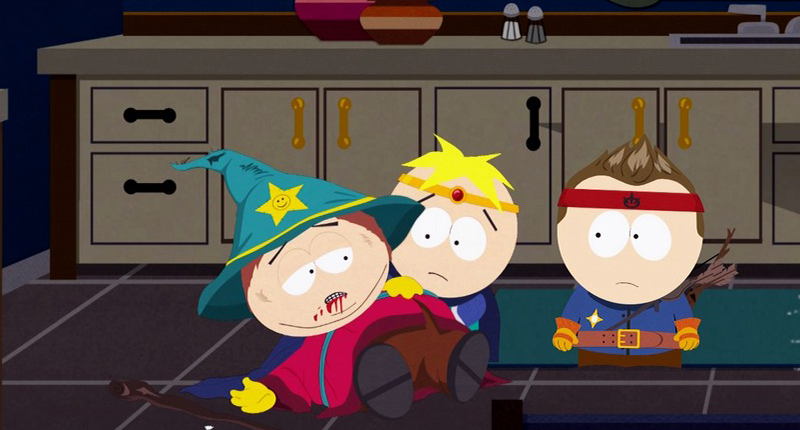 There have been numerous games based on the South Park series. South Park: Tenorman’s Revenge, South Park Let’s go Tower Defense, South Park: Chef’s Luv Shack. None of these can compare to the latest title from South Park Digital Studios: South Park: The Stick of Truth (SPTST). Not only does it outdo the other South Park titles by far, but it firmly holds its own in the larger gaming world. Cartman, Kenny, Stan and Kyle will take you on one of the craziest adventures you’ve ever been on.

You’re the new kid on the block in South Park, Colorado. The town’s youth (most of the cast from the South Park series) is engaged in a large-scale fantasy role-playing game where a huge battle is raging between the Humans and the Drow elves, all in the name of The Stick of Truth. After the game’s introduction, where Cartman sets the narrative for the role-playing game, you are taken to a screen where you can create your own custom South Park character.

The character creation is in-depth, with a wide variety of options such as hair styles, ethnicities and clothing at your disposal. If you are as big of a fan as me, you might spend a lot of time here creating your perfect South Park character. Don’t worry too much about it as even though it will be the last time you can freely customise your character, throughout the game you will pick up a lot of wigs and other items to change your character’s looks. SPTST effectively plays like a turn-based fantasy RPG (Role-Playing Game) that is sprinkled with South Park absurdity. You will be able to choose from one of four classes, namely Warrior, Mage, Thief and Jew (the Paladin class, as far as I can tell). Each one has his own characteristics (there is no option to play as a girl, sadly), which translate into different specialties and special moves. Like in most RPGs you can level up your character, which in turn increases your stats and unlocks your ability to use certain weapons.

The gaming world is fairly large with lots of locations to explore. As you walk through the town you will able to communicate with loads of characters that will then become your “friend” on a Facebook look-alike platform. This acts as your in-game menu showing your inventory, current quests, map and your “friends'” status updates, which in most cases are pretty hilarious. You can enter most buildings and rummage through them for items that you can sell or use to customise your character. There might even be the opportunity to start another side quest. In the game the typical enemies you will encounter range from Drow elves (kids in elf suits) right through to meth heads and hobos (actual meth heads and hobos). You will also be “hunting” a list of animals that Jimbo, the local town hunting expert, has given you. Just to give you an idea, a junkyard dog will be one of your targets. Battles are started by hitting or taking a hit from an enemy character.

You will then enter a strategic turn-based battle where you can do standard or heavy melee moves and special moves which are limited by your PP (magic) count. At first the battles will seem quite easy but as the game progresses your enemies will present you with quite a challenge. Don’t think just because you are playing with kids that these battles will be blood free. Crack heads will throw broken beer bottles at you. Rats will bite and disgust you or infect you with disease. Lighting will rain from the sky and hammers will be smashed into faces. This is a fantasy RPG like no other.

Nutshell: SPTST has a unique flavour and provides a highly entertaining experience. In a gaming world saturated with sometimes excessively serious titles, SPTST revives a humorous spirit of gaming that I have not experienced in ages. It is a compelling, extremely addictive blend of action and classic South Park comedy that will keep you amused for hours. South Park: The Stick of Truth is one of the best gaming titles I have played in recent times and one I highly recommend for any gamer.

South Park: The Stick of Truth was reviewed on Xbox 360 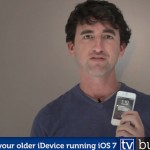