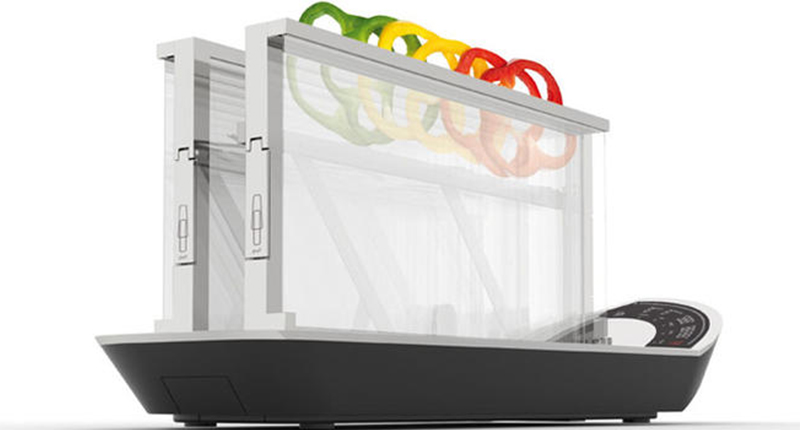 Not content with creating supercars, Bugatti has branched out into breakfast machines with the Noun, a toaster with heated glass walls capable of cooking not only bread, but everything from steak to chicken breasts. The Noun does all this utilising tech which until now, hasn’t been used in traditional toasters. Also, it’s US$1 000 reports Reviewed. Bugatti says that the secret’s in the sauce, so to speak. Layers of semiconductor heating elements sandwiched within the glass controls the temperature and spreads the heat (up to 500-degrees) evenly. It not only looks like a toaster from a 1960s science-fiction film, but it acts like one too.

A wireless Bluetooth component links to smartphones via the Noun app, this adds a further layer of control to the cooking. The app searches for recipes and adjusts temperature and cooking time accordingly. Thought toasters were simple machines with a heating element? Not so with the Noun, as its semiconductor glass took Bugatti’s engineers over two years to develop. Because there’s no traditional heating element with its snaking heated wire, food is always cooked evenly.

Tron-like physical controls glow with a neon-blue hue, reflecting off the chrome base which holds the thick, yet easily detachable glass walls. When Reviewed tested the Noun out at EuroCina, an international “Kitchen Fair” (think of it as the CES of cooking), it was “blown away” at each consistently browned piece of toast. For those wondering how the machine makes steak or shrimp, the food is first placed into a chefs cooking bag and then cooked in the Noun. This is not Bugatti’s first stab at a toast machine though, as it also gave us the VOLO, which looks not unlike a chip-fryer.

Pending regulatory approval, Bugatti aims to bring the US$1000 Noun to the US in 2015. But for those who already own a supercar, a super toaster may be the next best thing to add to their bucket list. 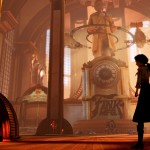