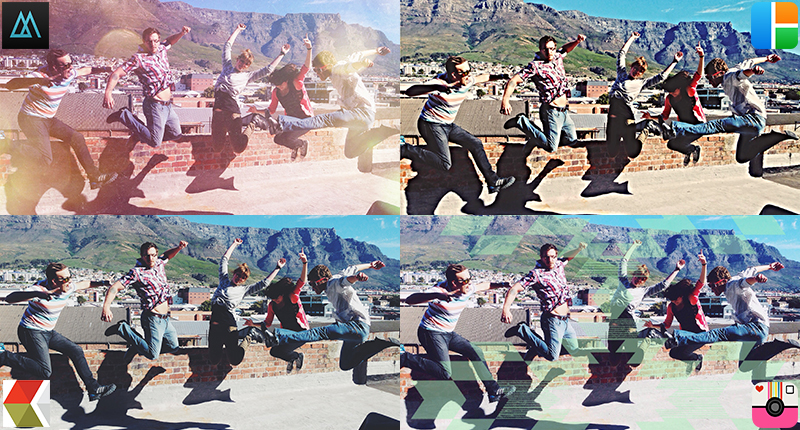 iPhone photography apps are more prevalent than #selfies at a fashion show. So we’ve come up with a list of absolute gems to help you, an emerging smartphone photography aficionado, sort through the smorgasbord of mediocrity in the App Store currently.

This is by far our favourite camera app. Not only does it reign supreme in terms of photo snapping capabilities, the editing suite allows you to fine-tune images to professional standards. Coveted as the app for photographers, VSCO Cam allows you to manipulate both exposure and focus, along with a host of other post-production overlays.

Last year, VSCO launched VSCO Grid to complement its already established image capture app. VSCO Grid is Instagram in its most ethereal and elegant form. Primarily marketed towards photographers, the minimalist photosharing platform emulates everything that is wonderful about iPhone photography. But don’t take our word for it, watch the video:

Initially developed as a sexting app, this salacious shutterbug system has grown into a full-fledged social network. Why is it so wonderful you ask? Because it allows users to interact intentionally with their friends, something other networks like Instagram (despite Instagram Direct) and Facebook have lost to mass-sharing. Snapchat is personal, and that’s why it works. The app allows you to send fleeting pictures and videos to your friends, which disappear shortly after they are viewed. The ephemeral status of the shots complements today’s instant gratification and short attention-span ridden society. Not to mention, recent updates to the interface have made the app significantly more pretty and intuitive. The developers have added instant messaging and real time video calling, elevating Snapchat as a threat to not only Instagram, but giants like FaceTime and Skype. Watch out world.

With a 4+ rating on the App Store, Pic Stitch is definitely a very popular and useful collage editing app. As the name suggests, Pic Stitch allows you to frame multiple photos in the same picture. It also includes various fantastic filters and other editing features (like the surprisingly under-reported tooth-whitening and skin blemish fixing tool). What’s even better? Pic Stitch is completely integrated with all of the major social networking outlets, allowing you to seamlessly share your masterpieces. Designed by lifestyle blogger extraordinaries, Elsie and Emma, this app is both quirky and cute. A Beautiful Mess features lots of design tools that allow you create your very own gorgeous lifestyle photos. Lots of  fonts, doodles, and borders have been incorporated to overlay on your images, along with a filter and collage option to boot. It’s just about the most adorable photo app in the world.

This one barely requires an introduction, it’s just a given. Instagram has revolutionised the way photographs are shared in the digital era. Without it half the apps on this list wouldn’t exist. It sparked an iPhone photographic revolution, along with a plethora of novel insta-adjectives to tickle (or scratch) your logophilic brain. Instagram allows you to share your experiences, through photographs, with your followers in real time. It’s a very accessible platform that has grown immensely in the last few years, largely replacing the photo function of other social networks, like Facebook or Flickr. More recently, in an attempt to rival Snapchat, Instagram introduced direct messaging. Although the feature hasn’t taken off quite as the company hoped, millions of people are still using it to share snaps of their life. If you don’t have it already, you should probably acquire it this instant, if only to ignite your insta-envy.

This app is all about overlay action. Mextures allows you to manipulate photos via layers. Ever wish you could combine two filters on the same photo? Mextures lets you do that, while still including all of the lovely features of other editing apps. The combination can be either brilliant or catastrophic, so use with caution. Best part? You can also fine-tune the light distribution, and incorporate actual 35mm film scans, allowing you to make your digital snaps into unique polaroid-esque beauties. The interface is naturally intuitive, making it supremely easy to use. Very cool stuff.

This one is more of a personal darling. Everyday prompts you to take a picture of yourself each and every day and then maps these pictures over time. The app allows you to line up your face in relation to your snap, allowing for a seamless transition between photogs. The result is a time-lapsed GIF of selfies. Wonderful.

Android users, don’t fear. All of the apps listed above, except Mextures and Everyday, are also available in Google Play. 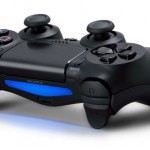