By Wiehahn Diederichs
Read nextMeet Wing Up, a game that takes cues from Flappy Bird and Nintendo 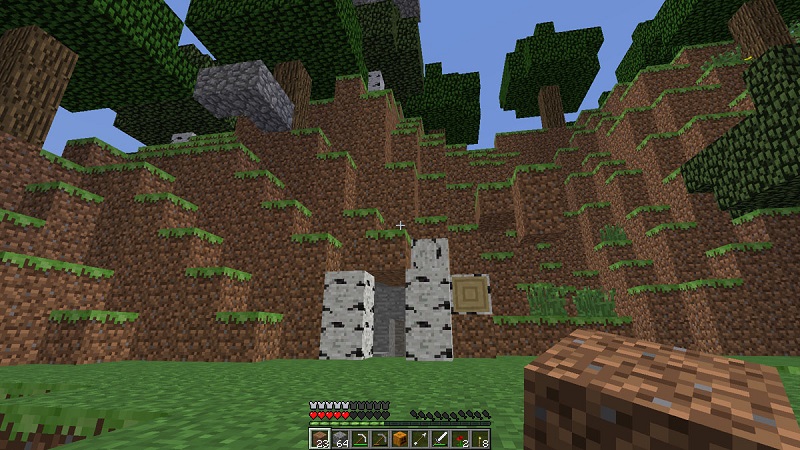 I never really understood why the world has such a fascination with Minecraft. I mean, of all the games to be played out there, what makes Minecraft so popular? It’s like zombies and vampires (which are already ranked much higher than Minecraft in the hierarchy of coolness). How has it become an obsession on a planetary scale? Then I received a call, as if my editor could read my mind and he said:

“Venture forth into the Realm of Minecraft. Learn the ways of this world and show me that you are a true champion of gaming. Bring me the rarest item you can find and I will reward you handsomely.”

“Uhm… okay. Do you have to talk like that? And what reward are we talking about?” I replied confused.

“Oh, sorry. Well, your reward will be getting recognition for this article.”

“Fair enough,” I said and so my journey into the realm of Minecraft started.

Not before long (if you don’t take into account the time it took to process the insane amount of information to actually play the game and the ten minutes I waited after I pressed ‘play game’) I was standing in the pixelated wilderness of Minecraft. Was I really going to go through the torture of playing this game, I thought? “A quest is a quest,” I repeated over and over in my mind. There’s no turning back now. As per the information and tips I got from a veteran Minecraft player (whatever the hell that meant) I decided the first thing to go and do is find shelter.

I wouldn’t have admitted it at that point in time, but as I explored this massive world, I slowly started to like the game. It was by no means a new-generation graphical masterpiece but mixed with a healthy dose of imagination it was a world that quickly came alive. As I wandered from deserts to woods, through swamps and over mountains, I felt like a nomad in the world of dreams. At first this game was a bit intimidating. Even after I’ve processed all of the information (kind of) I still felt uncertain when it came to turning the theory into practical results. Where should I make my shelter, does it even matter? I was so intent on finding the best place for my first mining operation that nightfall caught me without shelter. Slowly a sense of fear and urgency started rising within me, with tales of night-roaming zombies and monsters were playing in my head. Strange and eerie noises emanated from all directions, a creepy switch from an otherwise remarkably silent game.

Luckily I saw a cave nearby. It was a narrow, one block opening in a dirt hill. I did not know it yet, but this would become my first base of operations. But for now it was nothing more than a dank hole. Because of my ADD journey through the Minecraft world earlier I had found myself with nothing but a few blocks of wood, no wool to build a bed or any torches for light. This meant that I now had to sit through a whole night in pitch black darkness, waiting for the bloodthirsty hordes outside to be finished off by the sun. As you’ve probably guessed, nothing interesting happened in this period of time. The rising sun dealt with my enemies and I could once again explore the outside world. But as I removed the dirt opening, letting the sunshine light my room I realised I was in a small hall of stone and the walls were lined with blocks of coal. Without hesitation I decided, for now, to call this my home and started plummeting my pick-axe into the coal filled walls, quickly forgetting of the world outside. Soon I had a massive network of mining tunnels lit with hundreds of torches I made from the large amounts of coal I mined. I still had not collected wool for a bed. I was becoming totally addicted to the thrill of mining, never knowing what you could discover behind the next block. To me, the outside world no longer existed — both in a reality and the world of Minecraft

At this moment I began to understand why the world was so fascinated by the Minecraft phenomenon. Within each of us there is an explorer that thirsts for discovery and freedom. Minecraft provides this surprisingly well, even though it’s on a virtual platform. As I dug further and further, building hallways and rooms and mining the rich minerals of the earth I rapidly became something I detested, an avid fan of Minecraft. But my journey was far from over. I still had a quest to complete.

Part two continues at a later date, when Wiehahn manages to submerge from his coal mining spree. 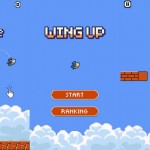 Meet Wing Up, a game that takes cues from Flappy Bird and Nintendo
Gaming • 5 May 2014
Read More
More